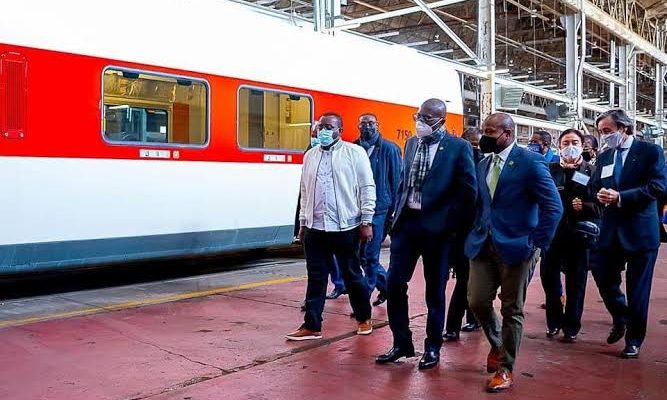 The 330-KPH trains were sold to the state by Talgo Group, a Madrid-based manufacturer of high-speed passenger trains.

“The 37km Red Line on completion will traverse eight stations and move passengers from Agbado to Oyingbo,” Governor Babajide Sanwo-Olu said on Wednesday.

“We are ramping up completion of the ancillary infrastructure like the train stations.”

The governor said earlier in the month that he expected the Red and 27.5km Blue Line Rail projects to commence commercial operations between the last quarter of 2022 and the first quarter of 2023.

FG places full ban on importation of rice through seaport