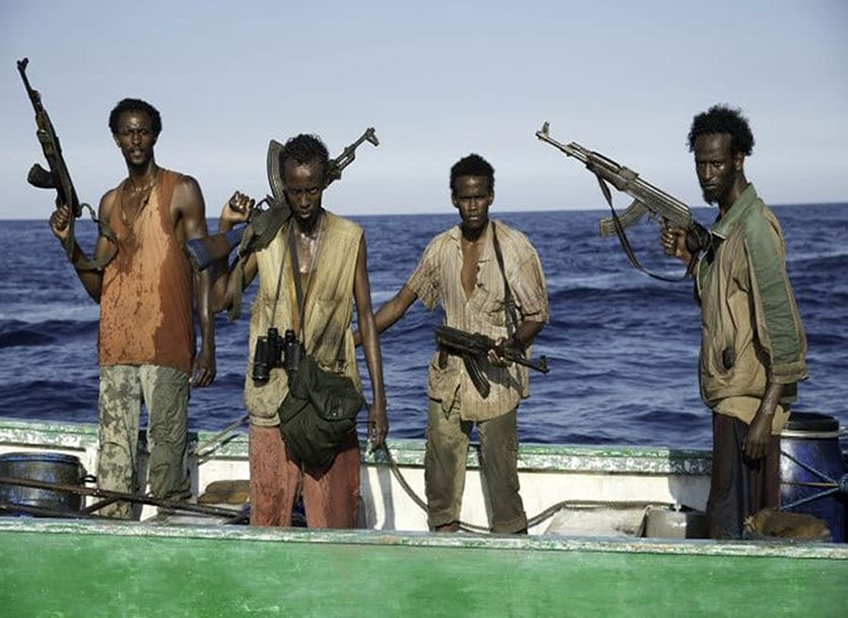 The fifteen officers and crew kidnapped last month from a chemical tanker sailing in the Gulf of Guinea have been released unharmed.

Nine pirates armed with AK47 assault weapons had boarded the Maltese-flagged Davide B on March 11 and taken the Romanian and Philippine nationals from the vessel.

“All crew members are in a relatively good condition given the difficult circumstances they have been under in the last four weeks.

“They will be receiving medical checks and are being repatriated to their home countries as soon as possible,” said De Poli Shipmanagement, owners of the vessel.
De Poli declined to discuss the terms of the release,  only saying in its statement that they “are grateful to the professional advisors, authorities and all those who have helped to resolve this situation for their support throughout this difficult time.”

The 19,800 dwt chemical tanker departed Northern Europe in February and was approximately 220 nautical miles south of Cotonou, Benin inbound at a speed of 10 knots when it reported being approached by a speedboat.

The nine armed individuals successfully boarded the vessel and when a Nigerian navy patrol vessel reached the tanker several hours later, it reported that only six crew members remained aboard.
They were unharmed and the vessel was escorted to safety. The Dutch news source de Volkskrant reported that the vessel had been scheduled to receive armed guards when it reached 200 miles from the coast.

The incident was notable as it was the furthest at sea recorded by the ICC International Maritime Bureau, which tracks security at sea.

In its quarterly report issued on Tuesday,  the IMB noted that the incident showed that the pirates operating in the area are well-armed but that they were focusing on the crew whereas in the past they had also hijacked vessels stealing a portion of the cargo.

The Gulf of Guinea accounted for nearly half (43 percent) of all reported piracy incidents in the first three months of 2021, according to the figures from the IMB.

Significantly, they also noted that all 40 crew that have been kidnapped in 2021 were taken in the Gulf of Guinea and that the number of kidnappings had nearly doubled from the 22 crew abducted in the first three months of 2020.

“The past weeks have been an extremely difficult period for everyone, in particular for our 15 seafarers and their families,” said Chiara de Poli, CEO of De Poli Shipmanagement.

“We admire our crew members for their courage during this period and like to thank their families for their patience and resilience during a time of great uncertainty.”

She noted that since their release, the crew had been in contact with their families and that Di Poli was working with local authorities to arrange for their repatriation.

TCN: How we transmitted 5,801.6MW to DISCOs without hitch