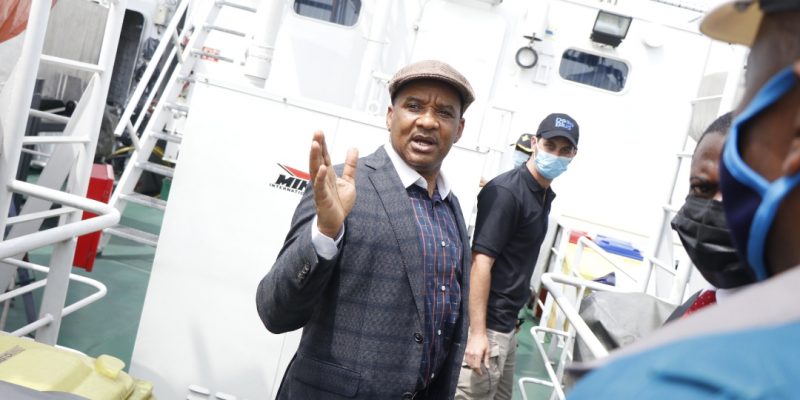 The Director General of the Nigerian Maritime Administration and Safety Agency (NIMASA), Dr. Bashir Jamoh ,has written to the Economic and Financial Crimes Commission (EFCC) to investigate the allegation of money laundering levelled against him by an online publisher and influencer, Jackson Ude

The DG in a letter to EFCC, asked the anti corruption agency to carry out the investigation ,saying the allegation has put him in bad light before the public.

Jamoh in the letter dated 24th May, 2022, believes that the investigation by EFCC would help to put the record straight as he said his reputation has been tarnished and impugned by the allegation.

The NIMASA boss added that the sum quoted by Jackson Ude to have been traced to his personal account which include N1.5 trillion and $9,557,312.59 is not to be taken with levity.

The D-G added that the allegations were made in a series of tweets by Jackson Ude on Friday, 21st of May and has gained traction online in the last few days.

He urged the commission to help in instituting a comprehensive investigation to clear the matter.