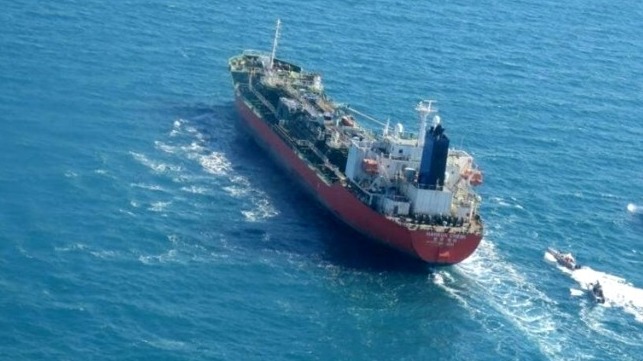 The unidentified ship had a cargo of more than 150,000 liters (943 barrels) of diesel fuel and its 11 crew members were presented to judicial authorities, according to the report.

Iran frequently tracks down and captures cargoes of its smuggled fuel in the country’s southern waters.

The latest seizure came after the Islamic Revolutionary Guard Corps recently engaged in a standoff with U.S. forces in the Gulf of Oman over a Vietnamese tanker carrying Iranian crude.