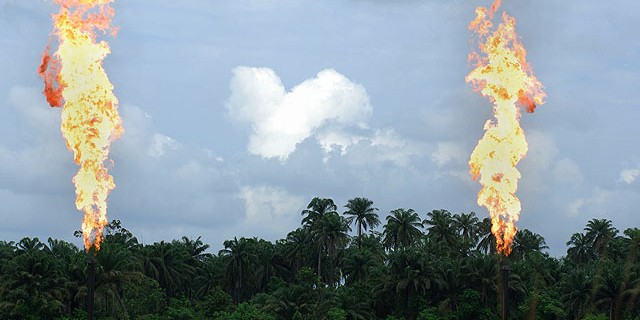 International Oil Companies (IOCs) and their local counterparts have burnt $787.7 million worth of Nigerian gas from different oilfields in the country’s Niger Delta.

The monetary value of the burnt gas in the international market is $787.7 million (about N299.33 billion).

This is a surge from the data of flare given by National Environmental Economic and Development Study,( NEEDS) which reads that the environmental cost of gas flaring in Nigeria is $94 million (about N35.7 billion) yearly.

The volume of gas flared was an equivalent of 12.0 million tonnes of carbon dioxide emission.

The Federal Government’s Gas Flare Tracker Report, sighted by Platforms  Africa, stated that the 225.1 bscf of gas flared by the oil and gas firms in the first seven months of 2020 was capable of generating 22,500 gigawatts hour of electricity.

The oil companies responsible for the gas flares are expected to pay fines totalling $450.1 million, an equivalent of N171.04 billion, but no information in the report indicating they have paid any fine for the previous gas flares amounting to several billions of U.S. dollars.

In its report – ‘‘Nigeria’s Flaring Reduction Target: 2020’’ – the World Bank, stated: “With almost 8 billion cubic meters of gas flared annually according to satellite data, Nigeria is the seventh-largest gas flaring nation in the world.

Nigeria continues to flare commercial gas because of many issues and problems, including lack of adequate investments in gas and related sectors, especially power.

Others include much associated gas, which is produced along with crude oil, over-reliance of oil and delay in the passage of the Petroleum Industry Bill, a comprehensive legislation, planned to restructure, encourage investments and bring about more transparency and accountability in the industry.

The power sector, which is largely expected to rake in most of the flared gas for generation, is unfortunately in crisis.

Minister of Power, Mamman, had all along tried to bring Nigeria Bulk Electricity Trader (NBET) under the power ministry but President Muhammadu Buhari appointed Zainab Ahmed, minister of finance, as chairman of the board — interpreted to mean the bulk trader is now under her ministry.

However, Mamman is understood to have influenced the appointment of Nnaemeka Ewelukwa as Amobi’s successor.

In November 2019, Mamman had suspended Amobi and made Ewelukwa acting MD, but the suspension was upturned by the president.

A mild drama ensued in June when Mamman announced that Amobi was going on terminal leave so that Ewelukwa could take over immediately but Ahmed said Amobi would serve out her term till July 24.

Both claimed to be acting on presidential directives.
Amobi eventually remained in office till July 24.

Mamman also removed UG Mohammed as the MD of TCN and installed Abdulaziz in an acting position.