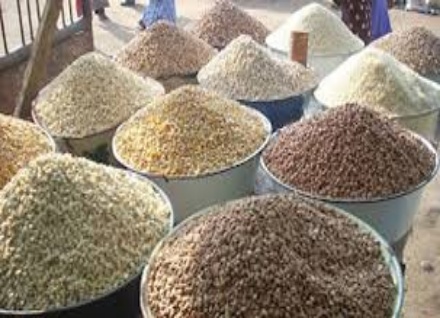 Inflation in Nigeria reached 17.33 percent driven by the COVID pandemic, a drop in oil revenue and a weakened currency.

Food prices in Nigeria, which make up the bulk of the inflation basket, rose 21.79 percent in February, according to national statistics.

Nigerian inflation hit a four-year peak in February as food prices jumped more than 20 percent, heaping financial pressure on households already faced with a shrinking labour market and a stagnant economy at a time of mounting insecurity.

Inflation, in double digits since 2016, reached 17.33 percent, driven by the impact of a coronavirus epidemic that has also induced a drop in the price of oil, Nigeria’s main export, and weakened the naira currency.

Tuesday’s inflation reading was the highest since the 17.78 percent touched in February 2017.

The economy was in a slump then and is teetering on the brink of recession now, having expanded just 0.11 percent in the fourth quarter.

Food prices, which make up the bulk of the inflation basket, rose 21.79 percent in February, a jump of 1.22 percentage point in January, the National Bureau of Statistics (NBS) said.

In a country plagued by insecurity following a wave of kidnappings of schoolchildren in its increasingly lawless north, there are concerns that the “stagflation” combination of rising unemployment and prices and low growth could trigger significant social unrest.

“Straining households will be compounded by increasing reports of insecurity in some regions, fuelling the risk of broader social discontent,” said Jacques Nel, head of macroeconomic research at NKC African Economics in South Africa.

Staples including bread, cereals, potatoes, fruits and oil drove the increase in the food price index, the NBS said in its report.

Inflation pressures would probably remain high in coming months, Nel predicted, adding that just 30.6 million Nigerians in a population of around 210 million were considered fully employed.

Bismarck Rewane, managing director at Lagos-based Financial Derivatives, said the “stagflation crisis” would take a long time to resolve, with inflation eating up economic gains to the point where any government stimulus might be too weak to generate jobs.
Monetary policy dilemma
President Muhammadu Buhari has made investment in rail and road a focus of his administration’s drive to kick-start growth, but falls in public revenue linked to the lower oil price have checked his ambitions.

Given the low-growth and high-inflation backdrop, few analysts expect the central bank to either raise or lower its base rate of 11.5 percent next Tuesday, when it holds a policy meeting.

“They should be thinking of tightening to encourage savings and investment which could help employment but I think we may have reached the limit of [what can be achieved with changes to] monetary policy,” Rewane said.

Meanwhile, the International Monetary Fund, which said in February that the bank might need to tighten policy if inflation got out of control, has urged it to phase out financing of the government deficit to help check price pressures, and to allow the naira to float more freely.

The central bank has tried to manage pressure on the currency by restricting access to dollars for certain imports to boost local production, and set up multiple currency rates.

Such “subsidised credit” had clearly failed to prevent a rise in near-term inflation, said Razia Khan, chief economist for Africa and the Middle East at Standard Chartered.