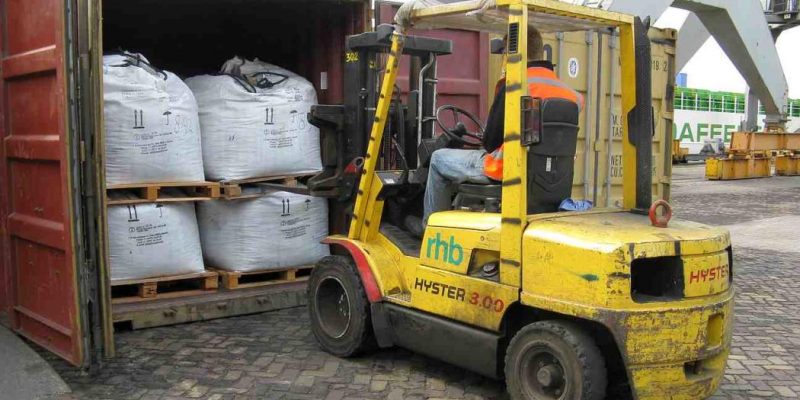 … seeks Shippers’ Council’s intervention        –
Segun Oladipupo         |
A group of licensed customs agents under the aegis of Advocacy for Maritime Development Association (AMDA) on Wednesday disclosed that the importers and agents lose a whooping N500 million daily over the suspension of stripping activities at the bonded terminals within Tin Can Island Port Complex, Lagos.

The group of customs brokers is seeking the intervention of the Nigerian Shippers’ Council (NSC) on resuscitation of stripping activities in the port, saying it would reduce unnecessary charges from shipping companies and terminal operators.

President of the group, Segun Alabi, who dropped the hint during a courtesy visit to the management team of NSC led by the Executive Secretary, Barrister Hassan Bello, maintained that unstuffing of containers outside the port gate reduces cost of transportation of goods from the port.

Recall that stripping activities were banned by the management of the Nigerian Ports Authority (NPA) during the height of gridlock in the arena in the last quarter of 2020.

But speaking, Alabi who doubles as the Chief Executive Officer, Factotum Nigeria Limited, said that stripping could not have been the cause of the traffic.

Alabi, Secretary, Association Electoral Committee (ASECO) of the Association of Nigeria Licensed Customs Agents (ANLCA) lamented that since the activity has been suspended, the cost of transportation has risen from N40,000 to whooping N240,000.

Explaining the scenario, he said a container which would have cost about N300,000 to move out of the port, same container could be charged for as low as N150,000 and the content unstuffed while the container is returned  to the port without delay.

Earlier, the AMDA boss had called the attention of the Shippers’Council bodsy to the stoppage of export cargo for two weeks owing to lack of logistics in the port.

He maintained that export goods should be given priority attention, especially ones that could get spoilt if delayed.

In his response, Barrister Bello stated that the reason NPA stopped the stripping was due to traffic challenge along the corridor, saying the Council was doing everything possible for the traffic not to return to Apapa.

He however assured that the Council would look into the issue and talk to NPA to see how the stripping activity could be revisited for its economic gains.

For export goods, he maintained that access must be granted to export goods, saying it is time for exports to thrive in the country.

The Nigerian Ports Authority last November suspended stripping activities due to the lingering gridlock along the access road.