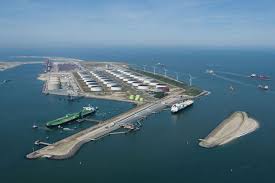 Chinazor Megbolu
The Akwa Ibom state Governor, Udom Emmanuel has said that the Ibom Deep Sea Project (IDSP) will boost the nation’s maritime industry.
He said this in a federal government’s tweet handle at the weekend, stating that the project will also ease the frustrations being experienced by importers and exporters at Lagos ports.
Emmanuel also said that the $4.2 billion IDSP project is being championed by the Akwa Ibom State Government through a Public-Private Partnership (PPP) arrangement.
The Federal Executive Council (FEC) had earlier given approval for implementation of the first phase at the tune of $2.016 billion of the port on December 16, 2021.
The state governor further hinted that the first phase of it will create 300,000 jobs opportunities.
According to him; “Ibom Deep Sea Port will help complement other ports and enhance our maritime industry by easing the burdens experienced by importers and exporters… in Lagos, and other logistics challenges such as the perennial gridlock in Apapa.
“The vision of the Ibom Deep Seaport is to add to the port capacity of the Nigerian Ports and overall Maritime development. The opening of more ports will provide employment to thousands of our youths in such areas as logistics and general maritime services.
“Federal government has given the necessary support through the regulatory agencies for port development: federal ministry of transportation , Nigerian Ports Authority (NPA), Infrastructure Concession Regulatory Commission (ICRC), Bureau of Public Procurement (BPP), among others.
“So, I score the federal government very high and we express our deep appreciation for their cooperation.
“I want to commend the officers of the Nigerian Navy and other security services for the great job they have done in securing our maritime assets so I don’t think the Ibom Deep Sea Port will suffer major security setbacks”.

Kudos: Who needs CRFFN when NAGAFF is there?