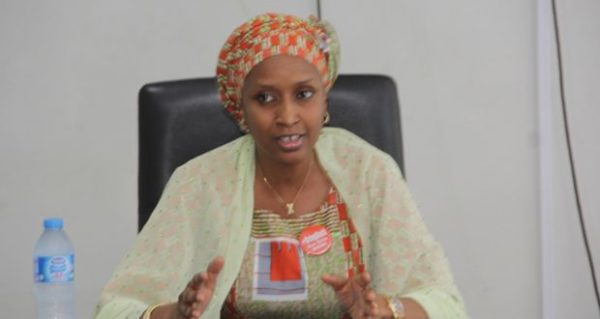 Hadiza Bala Usman, immediate past Managing Director of the Nigerian Ports Authority (NPA) and founder of the #BringBackOurGirls, has she never stopped campaigning for the release of Chibok girls and other abducted Nigerians throughout her stay in office.
Bala Usman was reacting to media reports suggesting that her removal from office inspired a recent tweet denouncing the spate of insecurity in the country and asking for the rescue of all Nigerians in captivity, including the Chibok girls who have remained with their abductors for the past eight years.
In a statement issued in Lagos, Bala Usman noted that she never stopped campaigning for the release of Chibok girls and other abducted Nigerians.
This fact can, according to her, be verified through tweets made on her handle @hadizabalausman where she spoke about the Chibok girls, the Kangara boys, and other security issues in the country over the past four years.
The statement also noted that in the wake of her suspension in May last year, Nigerians dug up a February 27, 2021, tweet from her, which reads: “the state of insecurity in the country that has led to the kidnap of Kagara boys Zamfara girls need to be addressed URGENTLY.
” We can’t go on like this! Rescue our children and secure our country; that’s all we ask,”  and ascribed that tweet to the reason for her suspension.
“If I posted that tweet about the country’s security situation just a few weeks after the renewal of my appointment as Managing Director of the NPA in 2021, how then can anyone accuse me of just coming to speak up now?
“Or is it just another targeted attack at my person, sponsored by desperate people who have tried and failed to tarnish my image in the last one year.
“Because just a mere check on my twitter handle would have revealed the truth but they decided to proceed with promoting falsehood.”
Bala Usman noted that her conviction about the Chibok girls and every Nigerian in captivity had remained the same since the unfortunate trend started.
“It is such that my official picture at the NPA had my BBOG badge. I attended several meetings with the President wearing my badge.
“I spoke about the Chibok girls and other Nigerians in captivity at every opportunity I had, including with other colleagues in government and during media interviews, she said”

Buhari explains why Seme, Idiroko, other borders were shut for two years