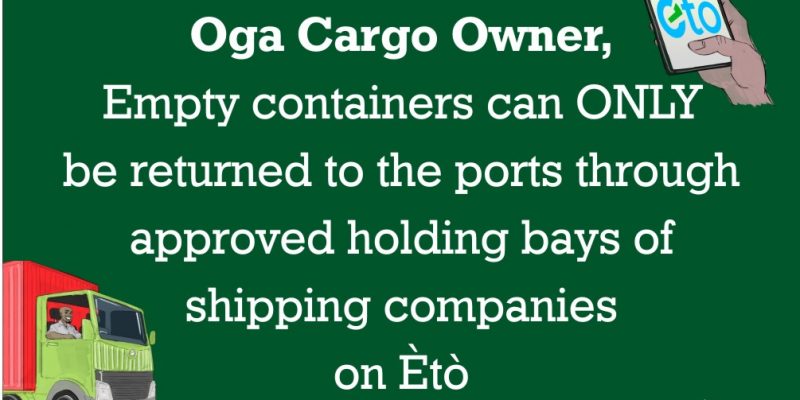 By Otunba Bright
Truck owners operating  at the nation’s ports have said that electronic call up system cannot work efficiently until irregularities crippling the system are  tackled by Nigerian Ports Authority (NPA) and Lagos State Government.
The truck owners, who spoke with our correspondent, said that Government at various levels need to look inward and workout solutions that will get rid of the intractable gridlock that had bedevilled the port access roads for years.
According to the Chairman of Association of Maritime Truck Owners (AMATO) Chief Remi Ogungbemi, since the system started in February 27 up till date, there are many irregularities.
He said the irregularities are occasioned by the fact that there are many interests from different sections.
“Different people have their individual interests that is one of the reasons why the e-call up system has not been working.
” There are lots of irregularities even in the implementation of the e-call up system.
“And e-call up system to the best of my knowledge is a system that has no human interference. But as I speak, there are still some human interferences in the process that is why you see extortion still going on,” he added.
He said it is the same set of people that have been managing the gridlock that are still there as taskforce, frustrating efforts to get rid of the menace.
He added that no amount of policy rollout can work as expected because these set of people will always find their ways to manipulate and to circumvent the system.
He added that the major cause of the problem at the port is that the environment could no longer accommodate the volume of activities giving to the environment.
“For example, numbers of goods that are coming to port are increasing, population and different business activities are increasing. The infrastructure that supposed to be expanded to take care of all those increases remain the same.
That is the major cause of the problem.
“However, the rehabilitation of the Apapa road has been on for about eight years. I don’t know what they are agitating that they cannot finish on time.
“However, we still believe in the electronic system because the situation is beyond what human interference can solve. So we still believe that the electronic system is the way to go,” he said.
Also speaking, Vice Chairman, National Association of Road Transport Owners, Dry Cargo Sector, Abdullahi Inuwa, said unfortunately, the road construction has caused a lot of damages to the e-call up system initiative, saying that a lot of people have been able to find their ways on how to collapse the system and they are succeeding.
He added: “The construction company and the supervising ministry, they are not concerned about the road. From Berger to Sunrise, everyday trucks and containers are falling, nobody is saying anything about that.
“And that will give room to those who are benefitting from the old system to perpetuate whatever they want to do on the road.”
He said most of the truck drivers and the owners could not successfully access the e-call up due to some technicalities.
He said even though those drivers and owners that know how to operate it, are not be able to access the system.
“What NPA has to do is to look at everything holistically and also look at the issue of holding bays.
“Most of the shipping companies don’t have functional holding bays, they only involve in third party arrangements.
“The depots and petroleum tankers at the port corridors are not helping issue because before giving license to any depot, they supposed to have holding bays that can accommodate at least 50 trucks so that they can be able to schedule their trucks for loading,” he added.
He stated that majority of the tank farms don’t have holding bays for them to regulate the movement of their trucks and that is the work of DPR, adding that DPR  was just  giving license and those are the challenges the e-call up is facing now.
“We the truckers, our drivers are trying to see how they can come back to the old system because of the suffering along the port corridor waiting to access the port, which is not supposed to be.
“We the truck owners are losing. I learnt that some export produce are getting spoilt now.
“These are perishable goods and they are getting spoilt inside the containers. So those are the numerous challenges that we are facing.
“The rate of loading has reduced drastically now at the port. For that I’m losing. Unlike before where I used to load three to four times in a week but for a month now, we hardly access the port,” he lamented.