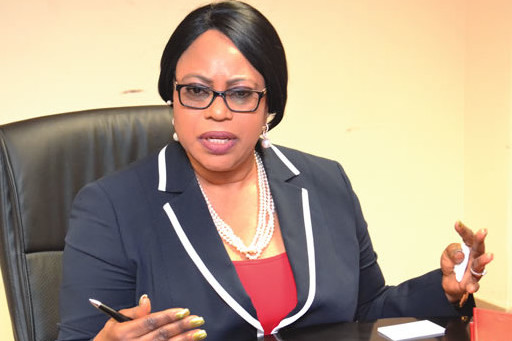 The Chairman, Sea Terminal Operators Association of Nigeria (STOAN), Princess Vicky Haastrup on Sunday parried questions over review of the concession agreement with terminal operators, some of which expired this year, 2021.
There have been concerns in some quarters that the government has refused to grant renewal of the concession agreement of some terminals in Nigeria over issues bothering on not meeting the standards expected of them.

When the Executive Vice Chairman of ENL Consortium, operators of terminals C and D in Apapa was asked about the latest development on the concession review of some of the terminals which period of agreement expired this year, she walked away from the horde of  reporters who sought to know her reaction at the sideline of the Sea Sunday service held at Anglican Cathedral in Lagos.

Recall that Nigerian government concessioned seaports to private operators in 2006.

Some were for ten years while some others were for 15 years and others for 25 years.

But  those for fifteen years are to be renewed this year but there were speculations  that the government may not return the ports to some of the operators.
Speculations are also  rife that Terminals C and  D, Apapa, being operated by ENL, are  among the Terminals which concession period expired this year but which govenment may have refused to approve its renewal.

Earlier, the STOAN boss had lauded the jobs of seafarers saying they needed to be recognised and provided comfort any time they come around

“The Mission To Seafarers is a very important mission to recognise the job of seafaring all over the world. Seafaring is not an easy job, seafarers will for several months or even up to a year, leave their families die to the job they do.

“They are wonderful set of women and men who have dedicated their lives to the job of seafaring, so it is very good to have a mission where we recognise them and appreciated for their laudable job they do as seafarers.”