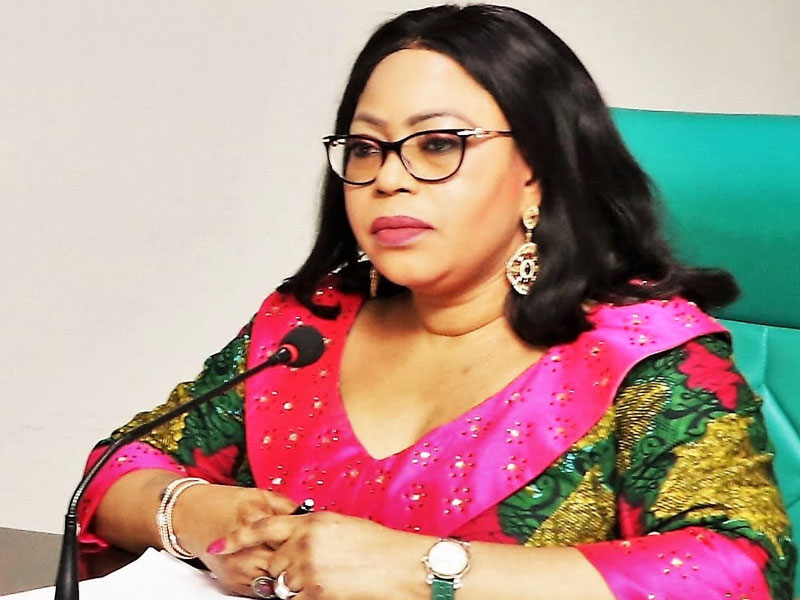 The Executive Vice Chairman of ENL Consortium, Princess Vicky Haastrup on Wednesday described as disgraceful the slow pace of work at the Marine Beach bridge leading to and out of the port.

The bridge serves as the only alternative for exit of containers from both Tincan Island and Apapa ports as Tincan Island port road is presently under reconstruction.

Haastrup, who doubles as the Chairman, Sea Terminal Operators Association of Nigeria (STOAN) made the call after the commissioning of the new Container Terminal acquired by SIFAX Group at Ijora Causeway.

Visibly unhappy Haastrup said, “The construction of the bridge is going at a very slow pace and that breaks my heart because this bridge is very strategic.

“There is ongoing road construction at Tincan Island right now. So, the only exit route from Tincan Island and Apapa ports now is this bridge and in the last couple of weeks, I can’t see one person working on the bridge.

“The question is why is the contractor not speeding up and to me, this is a disgrace to Nigeria. It is such a nightmare for people to come to Apapa to do business.

“Maritime sector is a very strategic sector to the economy of Nigeria. As a matter of fact, the port is the gateway to the Nigerian economy.

“This is an opportunity to appeal to the Federal Ministry of Works, to see that the contractor speeds up the work on the bridge and they need to be paid.I don’t know what it is but I am hearing something like they are not being paid and all of that”

“I believe this is a very responsible government, I believe in this government and I know that the government will intervene,” she added.