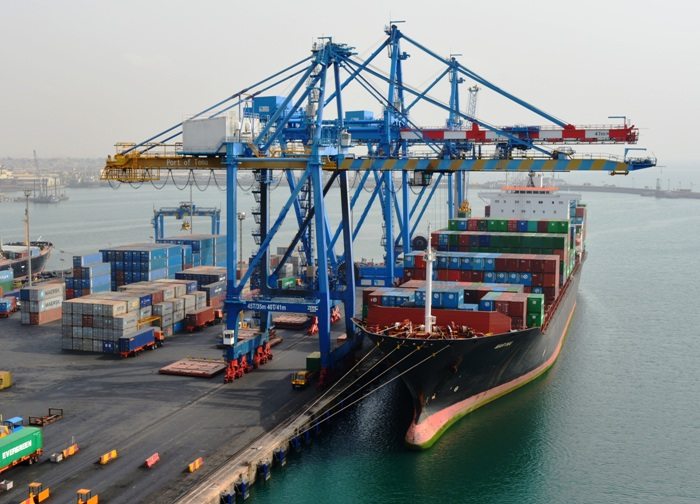 The Advocacy for Maritime Development Association of Nigeria (AMDAN) has called on the federal government to as a matter of urgency automate the port system if the dream of making the maritime sector the revenue hub of the country, will be achievable.

Segun Alabi, President of the group told journalists that as the year 2020 winds down, federal government must expedite actions on the move to tap the enormous resources in the sector.

Alabi also called for the quick fix of the port access roads which according to him, is a debacle to free flow of good to and from the port saying it has led to high cost of doing business in the industry.

Even though he celebrates the recent reopening of some land borders, he maintained that measures should be put in place to significantly reduce the rate of smuggling of banned items into the country.

“Border opening: promotes African continental trade treaty and agreement A good news for the border community and those whose means of livelihood revolve around the border zone.

“Again despite the closure of border, smuggling still persists which means those manning the borders are culpable

Alabi believes if the land border posts are properly administered, pressures at sea ports will be eased and congestion will fade away in no distant time

Speaking further, the AMDAN president lamented the rising cost of movement of cargoes in and out of the ports, especially in Lagos.

He adduced the high cost to extortion of truckers and clearing agents by traffic managers and security agents, adding that the call up system should address all the anomalies.

“Cost of truck in the port is still there due to the extortion of truck and agent. Truck access to and from the port should be seamless. We hope the call up system will ease this challenge,” he concluded.

While wishing members of the group a prosperous new year and a better 2021, he called on entire maritime community to abide by the rules of the game to engender a better sector in the new year.

He specifically called on the agents to avoid giving leeway to customs from intercepting goods along the road by making honest declarations.

Again, he pleaded with Customs officers to avoid multiple alerts on goods already cleared from the port as a way of getting gratification for themselves.