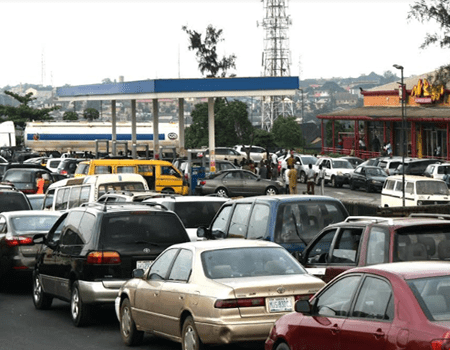 The Nigerian Association of Road Transport Owners (NARTO) has explained that inadequate and unsustainable freight rate paid to it for its operations is responsible for members withdrawing their trucks from the road.

At a press briefing by the National President, Alhaji Yusuf Lawal Othman in Abuja on Thursday, he stated that the federal government failed to keep to its side of bargain, hence the current hardship leading to incapacitation of members to carry out their operations

His words, “Gentlemen and ladies of the press, from these facts I just gave you, it should be clear that the current freight rate payable is not only inadequate but unsustainable for our continued operation.

“There is no doubt that transporters would find it difficult to operate under this condition.

“For the records, I should emphasize the positive contribution of trucks to the efficient distribution of petroleum products across the country, despite the occasional problems associated with them.

“It is on record that over 98% of petroleum products are transported by road today. The pipelines have not been operational for years while the railways, despite their rehabilitation, are yet to commence.

“The current PMS scarcity is partly, caused by lack of funds to run the trucks profitably. Many transporters have decided to park their trucks, and I am sure that many more will park theirs in due course if something drastic about increasing the freight rate is not promptly done.

“Consequently, we would like to notify the members of the public that while we sympathize with them over the inconveniences that PMS scarcity might be causing them, we are constrained to inform them that if the situation remains unattended,  we would have no choice but to park our trucks because we cannot continue to operate at a loss.

He lamented that members of the group for more than one year, have been operating under intense and harsh conditions occasioned by acute shortage of working capital for the efficient running of our operations.

“In 2020, there was an approval by the defunct board of the Petroleum Products Pricing Regulatory Agency (PPPRA) to increase the freight rate by 26%  for which the endorsement of the Hon Minister of State for Petroleum Resources was needed for implementation.

“However, the Hon Minister of State could not endorse the approval due to the obvious implication of its implementation that would result into either an outright increase in the pump price of PMS or lead to an increase in the subsidy on the product, neither of which the government was ready to do at the time.

“This situation generated a lot of tension in the downstream petroleum industry with strong possibility of industrial action from both NARTO and PTD/NUPENG.

“To douse this tension, the Group Managing Director (GMD) of NNPC intervened by suggesting two alternatives viz. PPPRA to look into the possibility of accommodating an increase on the existing pricing template by reducing the share of government agencies on the template such as (a) PPPRA Funding, (b) NIMASA Charges, and (c) NPA Fees.

“Revert to National Economic Council to inform it of the changes and the financial implication of the decision on the finances of the nation.

“Since then, unfortunately, the economic circumstance in the country have not been better.  Our operational costs keep growing up exponentially.  I wish to give you the following comparisons to underscore the point that our truck replacement costs and operational costs are now unbearable.

Speaking further, he said that the cost of truck parts and accessories have skyrocketed,  depicting that the economic situation of the country is taking a toll on the operations of the members.

While appreciating the efforts of the federal government in trying to fix the bad portions of Nigerian toads, he called for expedite actions on the projects

“Another serious problem affecting our operations is the condition of the roads, many of which are in precarious condition.

” Although we commend the federal government for the NNPC Tax Credit intervention of N621billion for the repair of 21 roads, they should speed up with the awards of the contracts and exercise extreme care in the supervision, monitoring  and payment so as to ensure value for money in contract execution.

“This becomes imparetive to avoid substandard or poor work execution. In fact, we recommend that a committee comprising of stakeholders should be set up to help in the supervision and monitoring exercise to ensure speedy completion of the work before the rainy season,” he stated.