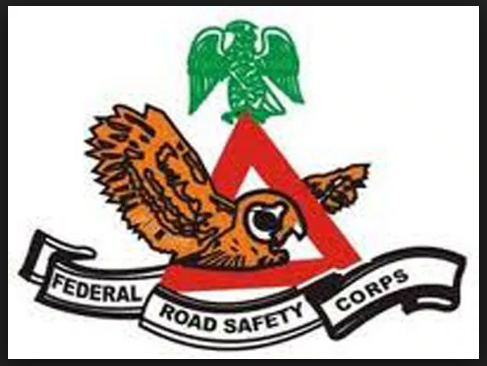 The Federal Road Safety Corps (FRSC), Lagos State Command, has commenced  ‘Operation Orange Impacts’ to ease traffic in all routes in the state,  especially during the peak periods.

Mr Olusegun Ogungbemide, the Lagos State Sector Commander FRSC, made the disclosure during the control of traffic on Otedola Bridge Inward Lagos, along Lagos-Ibadan expressway on Monday.

Ogungbemide said, “Operation Orange Impacts is an intervention in traffic management in Lagos in line with one of our strategic goals in reducing the rate of crash by 15 per cent and fatality by 30 per cent.

“In the course of our analysis in the past years, we discovered we recorded a lot of crashes due to the gridlock that really overwhelmed Lagos because of so many factors.
That’s why this year, we have to put effort in place to intervene regularly within the metropolis to assist to manage gridlock in the state.”
According to him, the rationale behind the name is because of the reflective jacket put on by personnel which is synonymous to road management.
The sector commander added that the operation would be carried out in all routes in Lagos State from Monday to Friday during the peak periods of traffic.

He said the operation would take place in all the six outposts in the state so as to determine the routes with the highest gridlocks and curb the challenges immediately.

He said, “Our personnel will be on the road to assist Lagos residents get to their various destinations earlier as we noticed that time is always wasted on the road during the peak periods both in the morning and in the evening.

“We discovered how overwhelming it used to be for the traffic management agencies during this rush hours, so, we mopped up our workforce and deployed them to the chocked up routes to ease the traffic for the benefit of the residents.”

Ogungbemide said that such routes would be freed from gridlocks soon as the corps personnel would be deployed to ease traffic promptly.