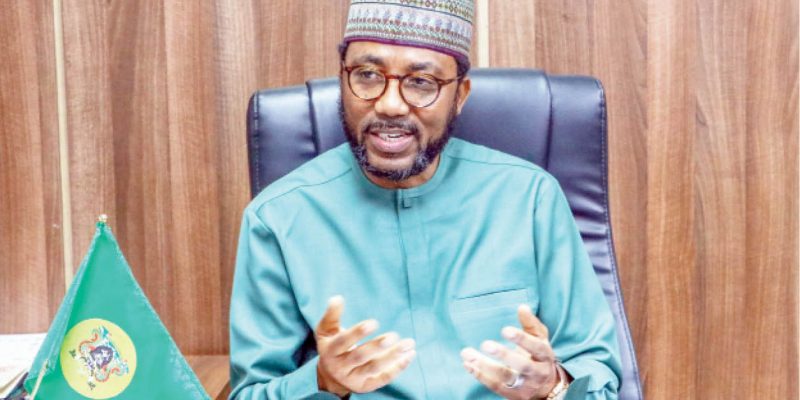 Segun Oladipupo
A group of freight forwarders under the aegis of Advocacy For Maritime Development Association (AMDAN) has educated the management of the Nigerian Ports Authority (NPA) that the electronic call up system could be sustained if the agency created a vista for feedback from users of the platform.

The group also advocated for easy access of export goods into the port for enhanced foreign exchange for the country.

Segun Alabi, President of the group called the attention of the management to this when he paid a courtesy visit on the agency in company of members of the group on Monday in Lagos.

He reiterated that the new platform could succeed if the agency is getting accurate information about operations of the platform and movement of cargoes in and out of the ports in Lagos.

While admitting that the electronic call up system has helped to stabilise the cost of transportation from the ports to importers’ destinations, he advised that bottlenecks that may mar its progress can only be gotten through getting feedbacks from the stakeholders.

Speaking further, Alabi, who alleged that extortion at the ports have continued to rise unabated, said that with window for communication between the agency and the stakeholders, the menace with simmer as well as help management in its service delivery.

Highlighting some the challenges in the cargo clearance process at the ports, he maintained that despite the encumbrances of extortion by security personnel and police officers, there was the need to checkmate the illegalities, noting that genuine information from stakeholders to management would serve as a positive step in tackling some of the setbacks.

On his part, Public Relations Officers of the Advocacy group, Mr. Onyema Emmanuel called on management of NPA to give exportation of Nigerian commodities priority in accessing the seaports.

Onyema added that there are stripping activities within Tin Can Island Ports Complex, adding that the activities if not nipped in bud, could lead to the return of congestion at the port premises.

He also expressed worries over the shortage of security and traffic personnel of the NPA at Tin Can Island Port, calling on management to recruit workers to fill the vacuum.

The spokesman affirmed that the Lagos Ports Complex (LPC) has maintained a standard that should be emulated by TCIPC against the backdrop of human traffic and extortion.

In his response, Acting Managing Director of NPA, Mohammed Bello Koko debunked allegations of scrapping the e-call up system, saying that “Rather than scrapping, management would improve on the system by way of reviewing, fortifying and modifying the process.

He added that the visit by members of Advocacy group would assist management of NPA in areas that require improvement.

Bello Koko also noted that information sharing is key for port efficiency, adding that management is working closely with other security agencies to address issues of extortion along the port corridors.

Customs begins probe of murder of officer in Ogun