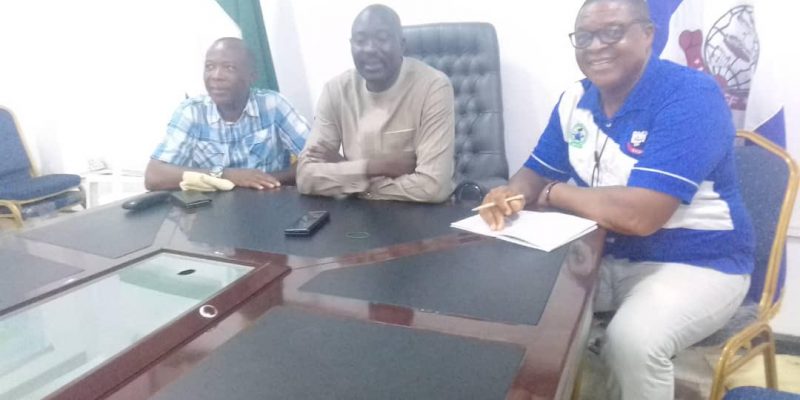 Stakeholders in the freight forwarding subsector of the Maritime Industry have raised alarm over the rising spate of criminality in the ports.

The freight agents raised the alarm over loss of cargo during examinations of containers at examination bays.

The National Coordinator, National Association of Governmemt Approved Freight Forwarders  (NAGAFF) 100% Compliance Team, Alhaji Ibrahim Tanko stated this at a press briefing on the outcome of the security meeting held at the Customs Area Controller’s office Tuesday in Apapa.

He lamented that freight agents have lost several items in the name of sample collection.

Tanko said, “We are losing a lot of money as a result of sample collection. Almost all the agencies, Customs, NDLEA, DSS, Labour take samples while it is only NAFDAC and SON that have the rights to  take sample items after which they are returned to their owners and there are procedures for sampling.This is what we are suffering here”, he said.

The 100 percent team coordinator alleged that containers under customs detention are often pilfered by thieves especially if they contain controlled drugs like Tramadol.

He described the nefarious activity as an organised crime, and  called for drastic step to be taken to flush out the miscreants from the port.

His words, “There is need to reduce crowd at the Examination Bay.
We observed that about 50 – 60 people sleep in APMT platform. One day a freight forwarder was traced from the platform to his house and in the process, the police investigations showed the suspect was one of those who usually sleeps on that platform. The APM Terminal is not a sleeping place nor a football field. Those doing that should stop.

“Everybody has a role to play both the Nigeria Police, Nigeria Customs Service, NPA, DSS and others. APM Terminal are not the owners of the port, rather partners. Since the platform housing Customs offices now belong to Customs, as I am  made to understand,  Customs should then take charge.

Responding, Comptroller Yusuf Malanta, Customs Area Controller, Apapa, stated that his Command had already taken steps to reduce the crowd by introducing Customs permit Tag for Customs examination officers, adding that that Customs officers who are to conduct examinations of containers cannot access the bay without the Tag which will have the officers picture and name.

He added that they had also created Tags for clearing agents whose consignments are positioned for examination, as well as placed enforcement officers to secure the platform.

The Chief Security Officer (CSO), Nigerian Ports Authority (NPA) who represented the Agency at the meeting, on his part harped on the need for proper and effective issuance of the permit as well as called for the setting up of Joint Security Night Patrol which will involve Customs, Police and Compliance Team to fish out the criminals.

The representative of the President General, Maritime Workers’ Union of Nigeria, Adewale Adeyanju blamed the security agents for the security lapses at the port.

The Port Police, on their part, denied any knowledge of the incidents, claiming no report had been formerly brought to  their knowledge.

He however commended Tanko for the  laudable initiative which had  informed him of such a  development at the port and assured of their readiness to swing into action to tame the tide of those criminals while calling for effective communication.

Those who attended the meeting include The CAC, Apapa Command, Controller Yusuf Malanta, The Port Police Commissioner, .
The Nigerian Ports Authority (NPA) represented by Chief Security officer, The DSS,Mekura, the Contractor of Labour, the President Of Maritime Labour, APMT, NAGAFF, AREFFN, while ANLCA, Council of Managing Directors were absent.