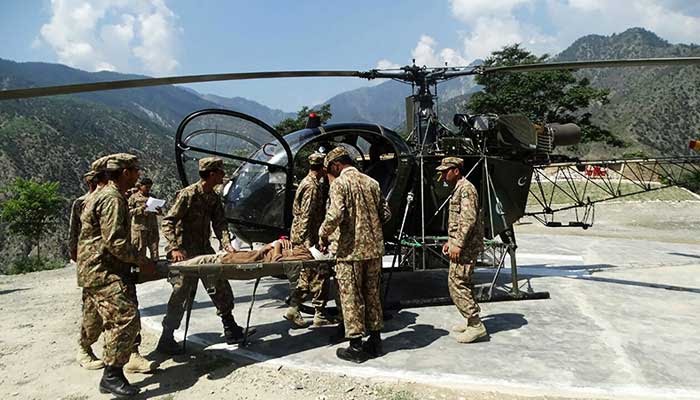 ‌
A military helicopter has crashed in mountainous northern Pakistan, killing four soldiers including the two pilots, the army said.

The chopper crashed Saturday in the Gilgit-Baltistan region “due to technical reasons” while transporting the body of a soldier to the military hospital in Skardu, it said in a statement.

Pakistan has a chequered military and civilian aviation safety record, with frequent plane and helicopter crashes over the years.

Pakistan International Airlines (PIA) came under heavy scrutiny this year after one its planes came down among houses in Karachi, killing 98 people.

In August 2015, 12 people were killed when an army chopper crashed in the northwest. In May the same year a Mi-17 army helicopter crashed at a holiday resort in the picturesque hills of Gilgit killing seven people, including two foreign ambassadors.