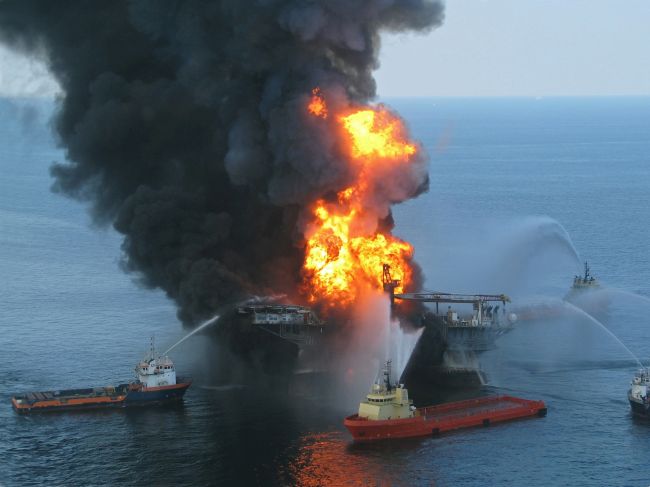 On New Year’s Eve, a Mexican fisherman was killed in the latest violent confrontation between poachers and a joint Sea Shepherd / Mexican Navy enforcement operation in the Gulf of California.

Another individual was hospitalized and is said to be in stable condition.

The impact caused the panga to split into two pieces, according to Sea Shepherd, and the two occupants went into the water.

Other fishing pangas rescued the two men and transferred them to the second Sea Shepherd vessel on scene, the Sharpie (ex-USCGC Bainbridge Island).

One man was not breathing, and the other appeared to have broken ribs. While Mexican Navy medics aboard the Sharpie were attending to the victims, two assailants from other pangas boarded the vessel, while others threw molotov cocktails aboard and sparked a fire on the bow, Sea Shepherd said.

The two victims were transferred to Mexican Navy patrol boats for evacuation and treatment; one did not survive.

“This morning’s attack is the latest in a series of increasingly violent assaults launched against Sea Shepherd’s ships over the past month. Assailants have hurled Molotov cocktails, knives, hammers, flares, bottles of fuel, and other deadly projectiles at the vessels, crew, and military personnel on board. No serious injuries have occurred prior to today’s incident,” said Sea Shepherd in a statement.

The joint mission between Sea Shepherd and the Mexican military is aimed at enforcing restrictions on gillnet fishing for the totoaba, a species desired solely for its swim bladder (maw).

Dried totoaba swim bladder is worth more than cocaine in some Asian markets, according to Interpol, and this lucrative prize has attracted the interest of organized crime.

The law enforcement crackdown, however, is targeted at protecting a nearly-extinct species of dolphin (the vaquita) from getting caught in the nets used to illegally catch totoaba.

The recent altercation began while the joint team aboard Farley Mowat was removing illegally-placed gillnets from a protected refuge, the organization said.

Customs smashes revenue record as it generates N1.5 trillion In 2020