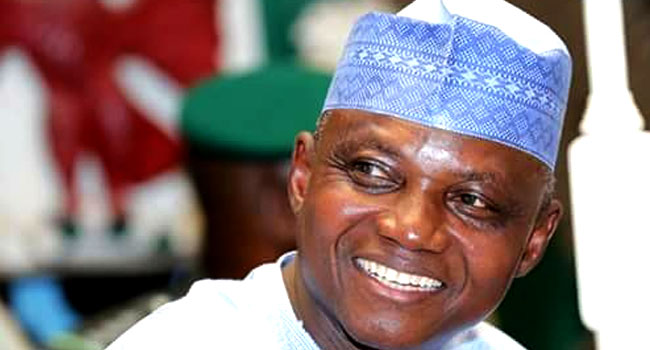 The Federal Government No Fly Zone order recently issued, is to further boost security in Zamfara .

The Senior Special Assistant to The President on Media and Publicity, Malam Garba Shehu, made this known while speaking with newsmen.

The media aide further posited that there is a strong suspicion that choppers are being used to ferry arms for bandits.

On the ban on mining activities in the state,  Shehu said there are strong suspicions that gold was being swapped for arms by criminal elements operating in the state.

Shehu pointed out, that in Dubai in the United Arab Emirates, a big market is even called “Nigerian Gold Market”.

He said, “Even in Zamfara, there is a strong suspicion that some of those choppers are being used to ferry arms for bandits and also to evacuate gold and illegally smuggled out of the country, so the country loses everything in the mining.

“As you are aware, Nigerian gold market is a big business and the government wants to do two things at the same time by doing this; end banditry and economic sabotage through the smuggling of gold.”

The Governor of  Zamfara, Bello Matawalle, had kicked against the federal government’s action, wondering if such step can check banditry