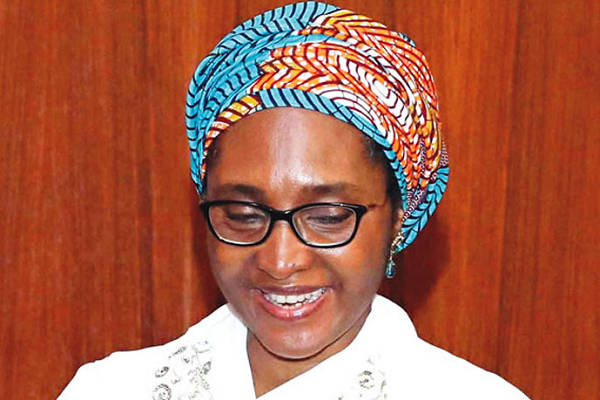 The Federal Ministry of Finance Budget and National Planning and Nigeria Customs Service have urged importers to embrace the automated Import Duty Exemption Certificate (IDEC) as part of measures to promote trade and enhance ease of doing business.

Speaking at the second phase of the sensitisation programme in Lagos , the Finance Minister, Zainab Ahmed described the digitisation process of import duty exemption as a way to eliminate corruption, save time and promote transparency .
The minister who was represented by Permanent Secretary in the ministry, Aliyu Ahmed further highlighted the importance of the modernised process as being in line with President Muhammadu Buhari’s vision for the importation sector.
She said the automated gateway portal for IDEC processing and issuance has been in operation since 1st April, 2020, on the www.idec.gov.ng domain, stressing that manual applications are no longer accepted.
The Minister added that the bottlenecks associated with import duty exemption and related sharp practices will be eradicated by the new procedure.
The Minister revealed that the Federal Government approved the automation of the processing of IDEC in November, 2019 and the roll out of the technology in March, 2020, in order to entrench process efficiency for IDEC administration.
“The kernel of the mandate of the FMFBNP is the overall fiscal management of our national economy. One critical incentive which the FMFBNP provides, in line with extant laws, rules, regulation and executed international protocols, is the issuance of import/customs duties certificates to applicants.
“Approximately N341.94billion worth of waivers was granted from August 2017 to August 2019. The scope of such request are expanding; hence the need to have in place modern technology to drive its administration.
“Up until March 2020, we processed the grant of the IBEC incentives manually. This process was quite cumbersome, tedious, time consuming, and was beset with undue human interface, with its attendant challenges”, she said.
She added that the automated process, in line with the Ministry’s Strategic Revenue Growth Initiative (SRG) will improve the revenue profile of the government by blocking leakages; stop apparent financial losses associated with the process, standardise and simplify the process, as well as ensuring effective monitoring, evaluation and tracking.
The Permanent Secretary, FMFBNP, Mr. Aliyu Ahmed on his part, said that prior to the development of the automation process, manual processing of IDEC entails receiving and profiling of applications which took approximately 30 – 60 days turn-around time, but is now possible within a couple of days as a result of the automation.
“This programme could not have come at a more auspicious time than now when the federal government has been working to ensure ease of delivery on all fronts in consonance with the Presidential Executive Order 1 on promotion of transparency and efficiency in the business environment”, he added.
Also speaking at the event, Comptroller General of Customs, Col. Hameed Ibrahim Ali said the new platform will eradicate trade related vices such as impersonation and forgeries of signatures in the importation process.
Ali who was represented by Assistant Comptroller General and Zonal Coordinator in charge of Zone A, Katherine Chinwe Ekekezie also said the automation will boost investors confidence and make for easy detection of all forms of illegalities.
The CGC said the federal government is committed to achieving a more viable economy but over the years, some players in the importation business have abused the opportunities created for them to thrive.
He said as an institution responsible for the implementation of the policy, the Nigeria Customs Service will remain committed to it’s success with it’s personnel giving their best to it.
The IDEC Portal is a simpler and smarter end-to-end automated process for Customs Import Duty Exemption application.
The sensitisation featured guidelines for accessing of Import Duty Exemption Certificates (IDEC) and refunds of custom Duty in Nigeria.
First phase of the sensitisation programme began in Kano while the third and final phase will be taken to Port Harcourt, the Rivers State capital.