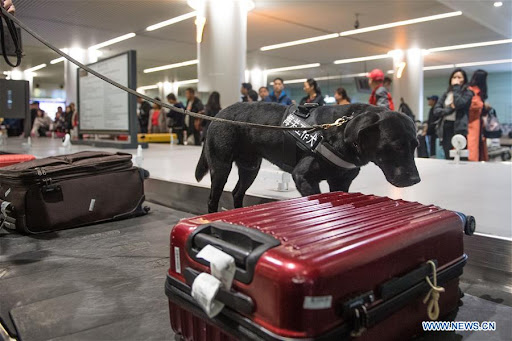 The Federal Government yesterday approved a whopping sum of N658.8 million for the purchase of sniffer dogs to be deployed at the Lagos and Abuja international airports.

Briefing journalists, the Minister of Aviation, Senator Hadi Sirika, said Council approved four memoranda for his ministry worth about N16,697,742,839.

Also briefing newsmen, the Minister of State for Education, Chief Emeka Nwajiuba, said the Council approved a memorandum for the ministry in favour of the Federal University of Petroleum Resources Effurun, FUPRE, in Delta State, for the construction of facilities, including hostels, at the cost of N2.7 billion.

He said the council’s approval was “to proceed to award contracts at the Federal University, Effurun, Warri, Delta State, for N2.7 billion to provide hostels, administrative blocks and a new library.
“That approval went through and the contracts will proceed with the award.”

The Special Adviser to the President on Media and Publicity, Chief Femi Adesina, who anchored the media briefing said Council approved contracts worth N1,709,469,671 for four federal agencies.