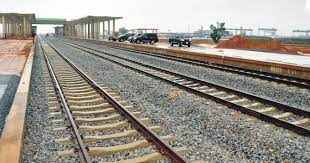 Segun Oladipupo
Determined for success, the Minister of Transportation, Hon. Rotimi Amaechi has stated that work would commence on the Kano-Kaduna rail project even if the expected Chinese loans for the project does not arrive.
He said this at the weekend during the routine inspection of the Lagos-Ibadan rail project.

“Even if the loans that we expect does not arrive, work will commence with Kano-Kaduna rail project since we already have some financial advancement from our budget.

“We still have budget for this year, so we expect to get one-third of funding from our budget to commence work for Kano-Kaduna. When the loans arrive, we will continue with the Ibadan-Abuja section of the rail project.”

He also expressed satisfaction over the Lagos-Ibadan rail project nearing completion
“I am impressed that we are coming to the end of the Lagos-Ibadan rail project, but there are minor things that need to be fixed, and they have promised us that they will fix it. So, we will be coming again one day to the commissioning to inspect the project.”
The minister quipped that deploy policemen to the stations against vandalisation of the public assets along the rail lines.

“We will deploy the police at all the stations and anybody caught will be prosecuted and charged to court. We have to be serious about protecting public assets,” the minister warned.

On the full connection of the port quay to the standard gauge rail project, the minister explained that the ports setting is the problem and not the tracks getting to the quay.

“For me, I think the problem is the arrangement of the ports. The whole place looks like a madhouse and needs total overhauling. However, we will come to that soon. As for getting to the quays, we are few metres from the quay already,” the minister assured.