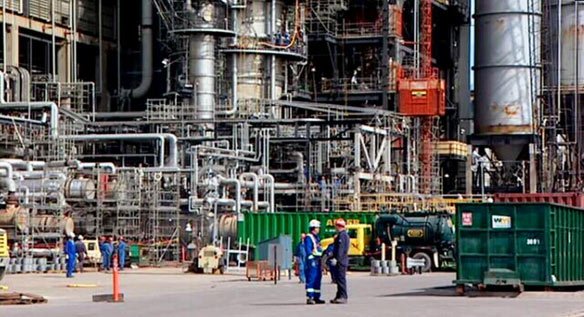 To successfully acquire its planned 20% equity in Dangote Refinery, the Nigerian National Petroleum Corporation (NNPC) has opened talks with the African Import-Export Bank (Afreximbank) to borrow $1billion for the deal.

The Group Managing Director of the Corporation, Mr Mele Kyari made the revelation in an interview on Arise TV.

According to him, after thorough valuation of Dangote Refinery, it has been determined to be worth $19 billion which the NNPC seeks to get a slice of the 20% equity, which comes to N3.9 billion.

He said a dime of government’s funds would not find its way into the equity acquisition, the Corporation intends to get loans from banks.

Kyari, however, did not disclose the other banks the NNPC had engaged to source for funds to acquire stakes in the private refinery.

The NNPC boss explained that the decision to acquire stakes in sound firms like Dangote Refinery that has 100mpd production capacity was not only to guarantee energy security, but also to make Nigeria a petroleum hub in Africa.

According to him, the Dangote Refinery equity acquisition investment will be run through the Federal Executive Council to secure its approval.

He said: “they (FEC) want us to take less than 20 per cent”. But we have discovered that we can repay the loan in five years”, stated.