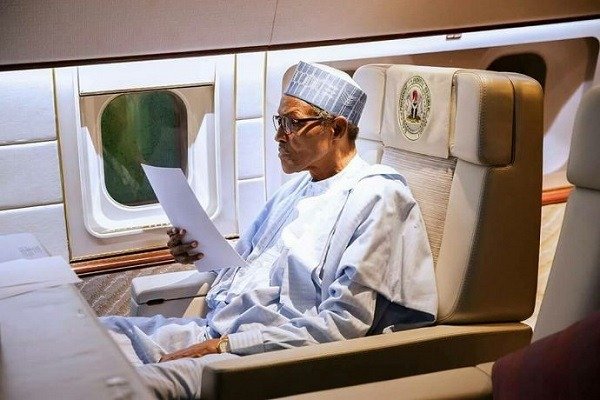 Chinazor Megbolu   |
The Federal Government has mulled the idea of selling one of its presidential jets.
The government, who disclosed this on Wednesday, said the jet, Hawker 4000 aircraft with registration number, 5N-FGX/: RC 066, has a capacity for 9 passengers and 3 crew members and built by Hawker Beechcraft more than 8 years ago. The federal government, in an advertorial, urger interested buyers to submit a refundable bank draft for $50,000 to the Chairman, Committee for Sale of Aircraft, Office of the National Security Adviser, care of Special Services Office, Office of the Secretary to the Government of the Federation in Abuja, directing them that all the bids should be quoted in United States of America dollars.
Moreover, the government said the aircraft with a range of 3,190-nautical mile had flown for 1,768 hours.
“Please note that all bids must be submitted within one week of this publication. A background check is required as a pre-qualification for the bid. “Prospective bidders who want to inspect the aircraft will be granted access within one week from this advertisement,” the federal government said.
Meanwhile, in another development, the federal government announced the approval of the release of $1.9 billion for the construction of a rail line between Nigeria with the Niger Republic.
The Minister of Transportation, Hon. Rotimi Chibuike Amaechi, made this known at the end of the Federal Executive Council (FEC) meeting on Wednesday and presided over by President Muhammadu Buhari at the Presidential Villa, Abuja.
He explained the proposed rail line would link Kano and Katsina with Maradi in the Niger Republic.
Amaechi also stated that the council also approved the award of a contract for the design, manufacture, supply, testing, and commissioning of one railway crane in Nigeria.