Chinazor Megbolu   |
Airline operators in the country will receive N5 billion bailout from the Federal Government.
The Minister of Aviation, Senator Hadi Sirika disclosed this on Monday during the opening of a 3-day Public Hearing on the six Executive Bills towards reorganising the civil aviation agencies.
Sirika,during the event, said the government has approved the N5 billion bailout for aviation industry.
He explained the bailout became necessary as a result of the challenges caused by the COVID-19 pandemic outbreak.
Sirika also noted that the bailout funds would be disbursed to the expected beneficiaries soon.
He further buttressed that the airline operators would get N4 billion out of the N5 billion while other businesses operating in the sector would get N1 billion.
Sirika, however, hinted the funds would be shared to the carriers, pointing out that the industry was too important to fail.
He said the nation’s aviation sector is very crucial to the economic development of any country.
Sirika, again averred that the plea of the National Assembly to give more financial support to the airline operators and used the opportunity to canvas that the lawmakers grant approval for funds to struggling airlines.
Meanwhile, the Chairman, Senate Committee on Aviation, Senator Smart Adeyemi at the hearing charged the Federal Government to do more as the fund would not be enough for the sector.
According to him; “N4 billion is very little to solve some of the problems of the airlines who are battling to survive. We urge the government to take charge of the sector. They need to give them more and they also need to support in all ways.
“Yes, the airlines are in business but we cannot continue to look at them without offering them assistance. I am not comparing Nigeria with the United States, but I think we can do better than the N4 billion we are assisting them with”. 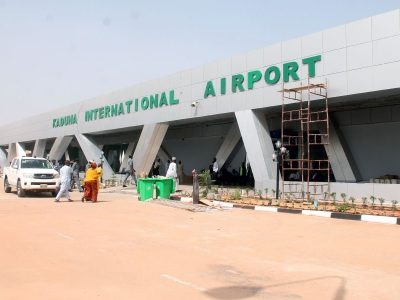