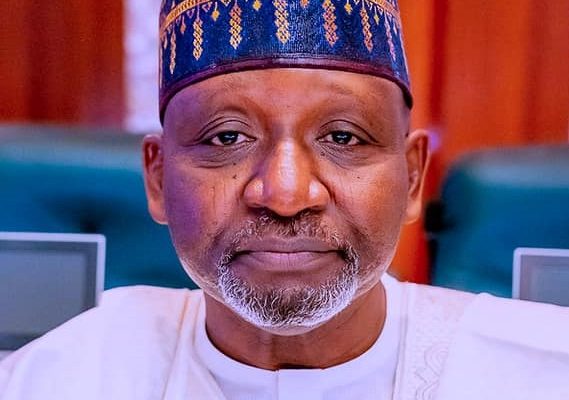 The federal government on Wednesday approved contract for the Nigerian Railway Corporation (NRC) worth about N1.49 billion for the repair of cranes.
The Minister of Transport, Mu’azu Jaji Sambo stated this on Wednesday while briefing State House Correspondents after the Federal Executive Council (FEC) meeting presided over by President Muhammadu Buhari in Abuja.
Speaking further, the Minister said the federal government is considering the option of mounting surveillance facilities on the rail tracks in the country following the recent attack and abduction of passengers of Kaduna/Abuja train service.
Sambo added that the government is looking at the best options in terms of surveillance even as it said that concessioning it in Public-Private Partnership (PPP) arrangement.
Asked when the Kaduna-Abuja train service would commence operations, the Minister quipped that it would be insensitive to resume the Abuja-Kaduna train service as abducted passengers are still in captivity.
Sambo said the resumption of the Abuja-Kaduna train service, which was suspended following an attack which took place in March, would translate to insensitivity.
He said relatives of some kidnapped passengers are still in captivity, adding that there is a need to have surveillance facilities to monitor the tracks.
The minister said the government is looking at the best options in terms of surveillance, including concessioning it in a public-private partnership (PPP) arrangement.
Asked about the exact timelines to execute the initiative, Muazu said: “If I give a timeline, I’ll be lying to you. It will be insensitive to restart the service if some families weep day and night over their family members still in the bush”.
The minister said the government is mindful of the cost involved but should be able to report definite progress in about a month.
Meanwhile, the minister said the council approved a contract for the Nigerian Railway Corporation (NRC) worth about N1.49 billion for the repair of cranes.
On her part, Sadiya Umar Farouq, minister of humanitarian affairs, disaster management and social development, said FEC approved over N42 billion for construction and reconstruction in five northeastern states.
She said the four memos presented and approved by the council are for road construction and reconstruction for five states of the north-east region, namely Borno, Yobe, Adamawa, Gombe and Bauchi.
“For Borno, we have a 22.5-kilometre road that is to be reconstructed. This road is Ngom-Koshebe and Ngom-Zabarmari-Gongulong-Kajari road with the contract sum of N13,553,902,668.95,” she said.
“The second contract is on the reconstruction of 53 Kilometer Gombe-Abba-Dukurfi Road in Gombe Road and Bauchi state in the contract sum of N11,697,355,449.61.
“The other road is the 54-kilometre Mutayi-Ngalda road in Yobe state with the contract sum of N12,199,182,845.70.
“The fourth one is the one for Adamawa State, Garkida road. It has a contract sum of N6,202,214,413.29 inclusive of 7.5 VAT. Garkida road in Adamawa state is located at the fringes of the Sambisa forest.”
She said the roads are being taken into consideration and selected in conjunction with the state governments and other critical stakeholders.
“These roads are expected to stimulate our economic activities, enhance security and facilitate the freer movement of goods and people in these affected states within the zone,” the minister added.
“The ministry also is in collaboration with the Ministry of Works and Housing and the co-funding of various roads in the Northeast region. As you’re aware, the North East Development Commission (NEDC) was established in 2017.
To address issues of rebuilding, reconstructing, rehabilitating, and reintegrating the people of the north-east who have been affected by the insurgency, we are also in partnership and collaboration with the Nigerian Society of Engineers (NSE) in the area of engaging reputable local consultants for the design and supervision of the major works in line with the executive order five for promoting local content in science, engineering, and technology.
“All the four memos were considered and graciously approved by council.”