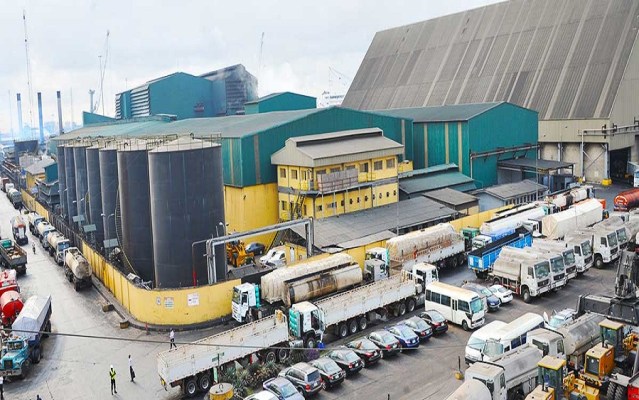 Chairman of Dangote Sugar Refinery Plc, Aliko Dangote, has said that the National Sugar Master Plan (NSMP), when executed as designed, could fetch the nation foreign exchange in excess of $700million yearly from the Backward Integration component of the plan.

Dangote made this disclosure recently while receiving in his office some businessmen who were on a visit to Dangote Sugar in Lagos.

He however warned that the BIP scheme must be protected to insulate the Nigerian economy to be able to achieve the twin objectives of local manufacturing and job creation.

“If the national sugar master plan is followed strictly and the players all follow the rules, the country will be better for it as Nigeria will save between $600 million and $700 million annually as forex,” he said.

Dangote also told the visitors that the Dangote Group is scaling up its social intervention in communities hosting its companies across the country.

He said efforts were being made to impact positively on the host communities saying his companies had expended billions of naira in states where these investments are located.

Dangote explained that the Corporate Social Responsibility projects undertaken by his companies were in addition to efforts by his Foundation, Aliko Dangote Foundation, which is presently giving out micro-grants to vulnerable women in all the 774 local governments across the country.

It would be recalled that the Minister of Industry, Trade and Investment, Otunba Niyi Adebayo who was on a working tour of the Dangote’s expansive Savannah Sugar Company (SSCL) Ltd in Numan, Adamawa State and Tunga sugar project site in Nasarawa State, described the projects as “huge, impressive and amazing.”

The minister said about the Dangote’s sugar plantation in Nasarawa State: “It’s a very impressive sight. Amazingly, such a project exists in this place.”

He added: “What we’ve seen so far from all the plantations we’ve been to are very impressive. We are impressed with the level of work they are doing.”

Group Executive Director, Government and Strategic Relations, Mansur Ahmed, had described Nasarawa State as one of the easiest states in the country to do business.

General Manager for the BIP, Dangote Sugar, John Beverley had said when the factory was fully operational, it would have the capacity to crush 12,000 tons of cane per day, while 90MW power would be generated for both the company’s use and host communities.

Last month, the Nasarawa State House of Assembly lawmakers who visited the Sugar Project site said they were highly elated and would give any legislative support to make the project a success.

Group General Manager Alhaji Bello Dan-Musa had told the visiting lawmakers that when phase II of the project is completed, it would make it the largest integrated plant in Africa.

Only drones can checkmate smuggling at Seme border – Customs