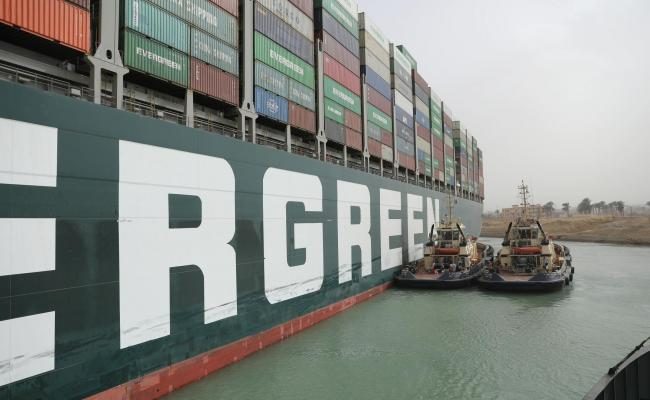 In what promised to be one of the most closely watched and followed transits of the Suez Canal, the containership Ever Given has  made a successful southern transit on her return trip to Asia.

The transit came just over six weeks after the vessel was released by the Egyptian authorities, which detained the boxship for 14 weeks after it grounded in March,  blocking the canal for six days.

While it was the 22nd voyage of the Ever Given through the Suez Canal, and the vessel is reported to be operating normally after being freed from the canal wall in March, the Suez Canal Authority nonetheless decided to take extra precautions during the transit.

The head of the canal authority, Lieutenant-General Osama Rabie, directed that measures be taken to ensure the safe passage of the ship.
The SCA reported that a group of senior authority guides, who are known for their experience and competence, were assigned to the Ever Given for the transit and they allocated the two tugboats, Mosaed 1 and Mosaed 2, to accompany the ship during its journey across the canal.

The Ever Given proceeded normally as part of one of the southbound convoys transiting the Suez. A total of 36 vessels were southbound at the time of its transit while a further 26 ships were northbound.

After being released in July, the Ever Given received a bottom cleaning, a dive survey, and inspection by the vessel’s classification society to ascertain any damage to the bow or hull from the grounding or efforts to refloat the ship.

She then completed her voyage including stops in Rotterdam and Felixstowe.
The Ever Given bunkered in Malta last weekend in preparation for the return trip to Asia.
The boxship is reported to be traveling empty and believed to be heading to Singapore where it will undergo repairs.

With a designated capacity of 20,000 TEU, the Ever Given is not the largest containership to transit the canal, and vessels of her size frequently transit the Suez.

Currently, the largest container load of 21,710 TEU is aboard the new Ever Ace which is making its maiden voyage to Europe.
The two containerships are similar in size with the same length, but the newer Ever Ace is approximately eight feet wider.
The Ever Ace is expected to arrive at the southern entrance to the Suez Canal on August 27.