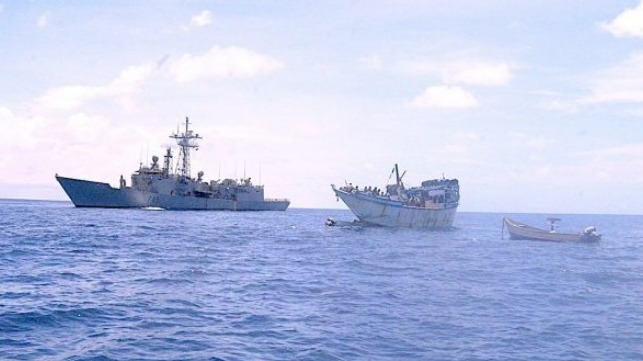 The European Union (EU) intends to carry on with the deployment of its member states’ warships in the Gulf of Guinea to stem the recurring menace of piracy.After a review of the Coordinated Maritime Presences (CMP) pilot program in which member states have been deploying warships to the region over the last two years, the EU feels it needs to maintain its presence, considering the on going threat of piracy and other illegal activities in the Gulf of Guinea.

The bloc is proposing a two-year extension of the CMP mandates starting January this year and has outlined deployments of Danish, French, Italian, Portuguese and Spanish warships into the region.

The deployment will ensure a continuous EU presence in the Gulf of Guinea with at least one ship in the area.

“The Gulf of Guinea continues to be particularly dangerous for seafarers.

” None of the coastal navies, with the partial exception of Nigeria, can operate the required high-sea patrol boats to respond to attacks,” said an EU External Action Service memo addressed to the Political and Security Committee of the EU.

It added that for West Africa’s coastal navies, responding to the threats on the high seas is not always a possibility or a priority.

Although the region accounts for just over 95 percent of all kidnappings for ransom at sea, the number of incidents in piracy and armed robbery remained consistently lower in 2021 than in 2019 or 2020.

“This result could be assessed as a consequence, on the one hand, of the efforts made by regional navies and security agencies and, on the other hand, the increased and permanent presence of international assets in the area,” noted the memo.

The EU launched the CMP in 2019 and commenced its implementation a year later, responding to urgent pleas from European shipping interests.

Last year, five member states deployed naval ships in the region, granting the continuous presence of at least one ship throughout the year.
The bloc believes that the pilot program has proven that the CMP concept can be an effective and useful instrument to contribute to maritime security in the Gulf of Guinea.

This year, the EU believes that the risks of pirate activity remains high, mainly in the coastal waters of Togo and Gabon, with Nigeria as the center of gravity.

“Possible attacks might focus on targets closer to the Niger Delta, changing the modus operandi in light of increased naval presence,” states the memo.

Pirates might start operating closer to their place of origin, enabling them to flee if being intercepted.