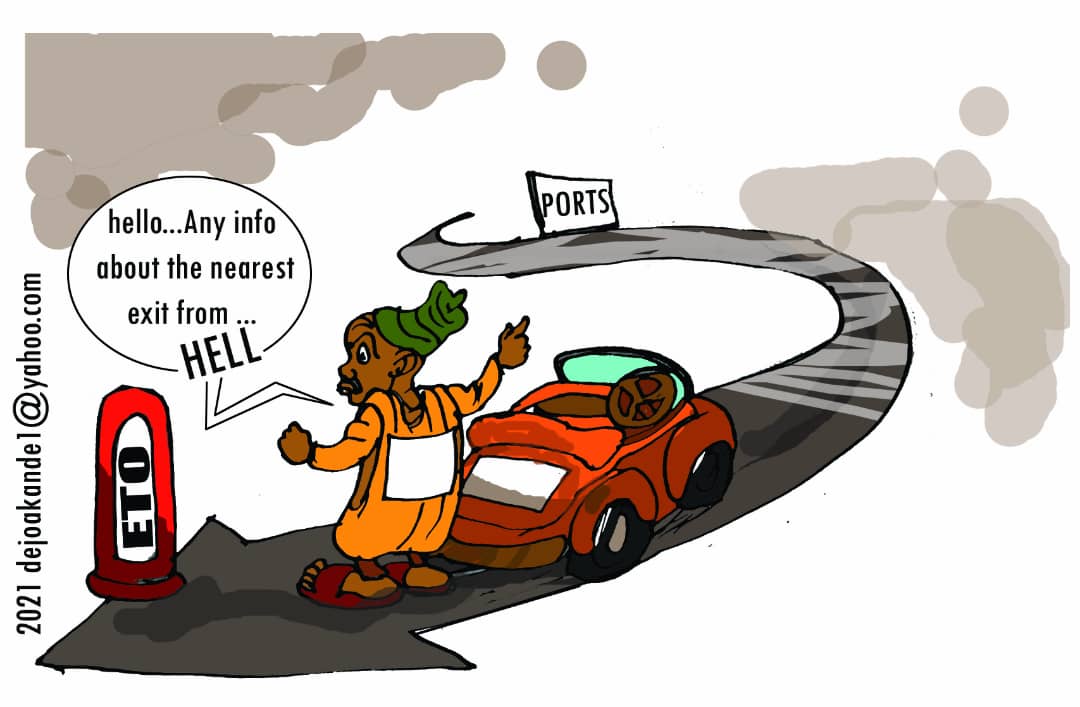 ETO is a Yoruba word for orderliness, organisation or sanity.

It presupposes that an otherwise chaotic or rowdy situation, event or activity is being organised in an orderly manner in order to achieve sustainable sanity.

This description or painted scenario captures the essence of the new electronic call- up system for trucks wishing to access or exit the Lagos ports.

On February 27th, 2021, the Nigerian Ports Authority (NPA) will roll out the much -anticipated electronic call- up system for trucks to manage the legendary Apapa traffic gricklock that seems to have defied solutions.

To drive the system, a software application, code named,  ETO, was created which transporters, truck drivers and truck owners who want to access and exit the ports with their trucks must key into before they could benefit from the system.

Also, all trucks will be electronically profiled and their movement similarly scheduled to access the ports in orderly manner from the designated parks called Trucks Transit Parks(TTP).

Also, all empty containers are expected to be deposited at the holding bays of the shipping companies which solely have the  responsibility of transporting same to the ports.

Under the new system, it is only the shipping companies which are on ETO platform that will be able to take such empties into the ports.

In other words, ETO will be the organiser which shall schedule the movement of truck and containers  in and out of the ports in a transparent manner, on first come first serve basis.

No ETO, no entry, so declared the NPA.

This is a novelty, as far as we are concerned.

If properly implemented and executed, ETO, which is the compass for the electronic call up system for trucks may be the much sought after lasting solution to the perennial traffic gricklock. Port users have been under the siege of the improvised, man-created  monster  of traffic gricklock for many years. It has over the years defied all the solutions thrown at it by the government.

For several years, the self- inflicted gricklock has become an avenue of mind-blowing extortions, manipulation and corruption by government officials who have fed fat on the scourge.

While port users, including the residents of the Apapa environment, daily groan in pains and frustration caused by the menace on the roads, the managers of the truck movement are daily smiling to the banks from the proceeds of the monster they created.

It was first the Naval personnel, in connivance with designated NPA officials from the traffic department who commenced the daily harvests on the road, while the gricklock grew worse.

As hard as the team tried, the gridlock persisted and resisted all the antidotes  applied to cure the  cancerous situation  for the period of  20 months it spent before it was also disbanded.

It has become obvious to discerning industry stakeholders that a cabal which is behind this evil enterprise held the whole port industry hostage as its members frustrated all efforts to dismantle the hydra -headed road monster.

We hope the new system, which will replace the corrupt manual system of traffic management may be the final solution to the problem.

We believe it was this cabal which has frustrated all efforts to end the road crisis, including the early introduction of the  proposed electronic system which to us was late in coming.

However, as it is often said that it is better late than never, we commend the management of the NPA for summoning the courage to come up with this long -awaited system that we believe will eventually break the vice grip of the cabal on the malignant traffic nightmare on access roads.

We hope and believe that ETO will bring the desired orderliness, organisation and sanity to the traffic situation along the Lagos ports access roads.

It is not Uhuru yet as we believe the members of the  cabal who were feeding fat on the decadence will not be happy over the development as they may still be waiting in the wing to sabotage the process.

We urge the  NPA management not to go to sleep after berthing this innovative idea but to ensure close monitoring and insist on strict compliance to ensure the success of the scheme.

It is yet to be seen if the arrogance and self-conceited shipping companies will comply with the new system.

This is because they have poor antecedent of compliance with NPA directives or any directive by any other government agencies in the industry.

We still remember vividly how the garrulous shipping companies treated with irritable scorn the NPA order that they should get their own holding bays, the absence of which contributed in no small measures to the present traffic gricklock on the port access roads.

The NPA, for inexplicable reasons, hastily lifted the sanction it applied on the four defaulting shipping companies then.

Since then, the NPA has been looking on helplessly as the shipping companies not only flouted the order on holding bays with annoying impunity but went ahead to turn the port access roads into their holding bays where trucks laden with empty containers line in endless queue.

We don’t know where the NPA has found its new courage to issue or rather renew its directive to the shipping companies.

It shall  be a refreshing reversal of event if the agency could enforce the new directive on the recalcitrant shipping companies as this will have a positive effect on the success of the system.

We have no doubt that other stakeholders would readily comply, gladly too, as they are the ones holding the short end of the stick in the traffic gricklock imbroglio.

We also urge the NPA to embark on massive sensitisation campaign to prime the mind and mood of the relevant stakeholders towards the eventual take -off of the new system in February 27th, 2021.

Some recalcitrant stakeholders like the  shipping companies and  few other stakeholders  may want to test the will of NPA and compromise the system for their selfish interests.

Similarly, members of the cabal who have feasted on the scourge may also want to sabotage the system for their inordinate ambition.

We urge the NPA to prepare to confront and deal with these and other unavoidable challenges that may crop up to scuttle such a novel idea at its formative stage, if it hopes to wean the ports users and residents of Apapa environment from the evil clutches of the perennial scourge and its scavengers.

LASWA chides Lagosians over dumping of  refuse  in water channels 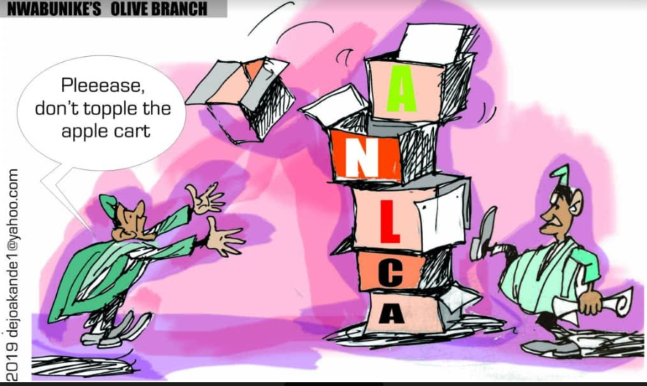 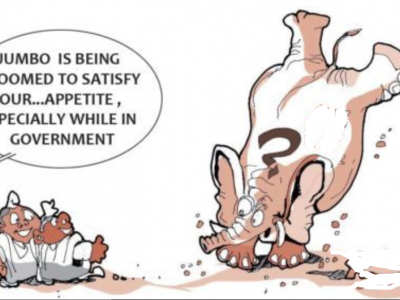