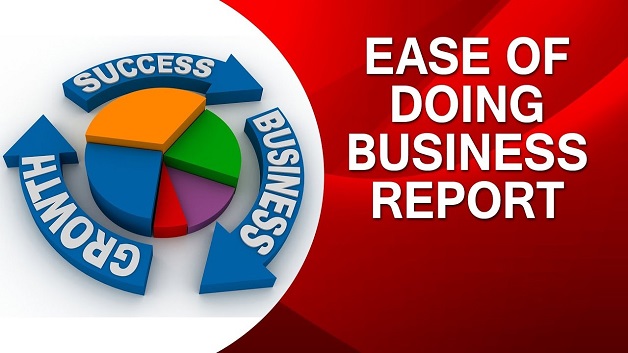 It was four years ago that Vice-President Yemi Osinbajo signed an Executive Order on Ease of doing business at the ports.

The order, which was signed  in May 18th 2017,focuses on the MDAs, Embassies , Airports and seaports and  prescribed ways they should conduct government businesses in a bid to boost Nigeria’s poor rating on the ease of doing business index in the world.

Specifically, the order prescribes among other things, how business should be conducted at the nation’s ports in order to eliminate delay, boost efficiency in service delivery and enhance safe and secured port environment.

The components of the order as it affects port transactions include:

All agencies present at the port shall harmonise their operations into one single interface station in one location in the port and implemented by a single joint task force at all times;
The Apapa port shall resume 24 hour operations within 30 days of the issuance of this order;
No touting allowed at the ports by official or non-official persons;
Any official caught soliciting or receiving bribes from passengers or other port users shall be subjected to immediate removal from post and disciplined and
Each port in Nigeria shall assign an existing export terminal to be dedicated to the exportation of agricultural produce.

The nigeriamaritime360.com however, notes with sadness that four years after the order was issued, transactions at the nation’s ports are by no means less cumbersome as the so called order is obeyed in the breach by port users and government agencies at the ports.

Apart from marginal improvement on the ways businesses are being conducted at the port, the attitude of port users and government agencies towards seamless operations is a sad commentary on their compliance level to the order.

We are aware and commend  the efforts of some government agencies , such as the Nigeria Customs Service, Nigeria Ports Authority(NPA), Nigeria Maritime Administration and Safety Agency(NIMASA), to automate their operations.

But that was the closest to which the order was complied with by port stakeholders. Even at that, this marginal compliance level has not resulted in corresponding changes in the attitude of port users, especially freight forwarders.

Most of them are still comfortable with the old order which is fraught with delays and corruption while resisting the new order.

Of particular interest is the issue of banning touting at the port.

This order entails an articulated and modern access control mechanism that will separate the whiff from the chaffs.

It entails each terminal putting in place crowd control system that will deter the entry of touts and whoever does not have business at the port from gaining access into these terminals.

The only terminal that seems to be doing this in the real sense of the word is the Port and Terminal Multi-Purpose Limited (PTML).

The terminal, which operates a Greenfield port, instituted an access control mechanism that is not only in line with the Executive order but in tandem with the ISPS code.

However, the system has come under scathing criticism from a section of freight forwarders who queried the momentary value attached to the policy.

Conversely, other terminals merely put up a measure that streamlines access into their facilities but which does not necessarily deter entry of touts.

As long as the tout can get an identification card and cloned ‘’entries’’ documents, he would have unhindered access to other terminals.

We are saddened by this development, given the safe and secured port environment such effective access control as the one initiated by the PTML could engender.

This platform believes that, rather than antagonise the PTML model of access control system, other terminals should adopt the same model with slight modifications.

This will not only eliminate touting and theft at the ports, it will also lead to a seamless cargo clearance, given the one-stop shop clearance instrument which the bio-metric card represents.

According to the management of the PTML, the card which is bio-metric in nature with embedded security features of the holder, apart from being an access card, could also be used for clearance of goods without effusive documentation procedure.

Security is not cheap and anything that is free is not always appreciated, that is why we disagree with those who are calling for the scrapping of monetary value on the policy.

However, we believe the access control system when adopted by other terminals, should be heavily subsidised to ease the pains of multiple payment for agents who may have to transact business in two or more terminals.

Also, the PTML, despite the huge cost its management claimed it incurs to procure the bio-metric cards, should consider further sacrifice by reviewing the cost downwards.

Looking at the cost benefit analysis of the system, we feel that its benefits outweigh the cost, so we urge the government to prevail on other terminals to tow the same line as PTML.

Our position may be unpopular with some section of the clearing agents, but we are undeterred in our belief that strict and efficient access control mechanism will not only ensure safe, secure and conducive port environment but will shut out undesirable elements from our ports.

We urged the Nigerian Ports Authority (NPA) to compel all the terminals to adopt a strict, modern and effective access control system that will stem the tide of indiscriminate entry into the ports.

As a matter of fact, that should be one of the criteria for future concession arrangement with interested parties as well as one of the conditions for the renewal of exiting concession contracts.

We seem more upbeat about getting it right with effective access control mechanism at the port because, to our mind, that is the only aspect of the executive order that is close to being complied with at the port.

The same applies to the order on dedicating an export terminal for the exportation of agricultural produce to which the Apapa port Customs has acquitted itself very well.

Others such as 24-hour port operations, illegality of bribery among port users and harmonization of operations of all the agencies of government at the port into one single interface station are far from being complied with due to poor attitudinal change of the operators.

This platform therefore enjoins all the stakeholders in the port industry to embrace these changes in the way they do business in the interest of the nation.

They should subjugate their personal, pecuniary interests to the overall interests of the country.

Changes always come with pains but the overall benefits eventually deaden the pains in the long run.

We urge relevant agencies of government to embark on sensitization and enlightenment   programmes that will put the users of port services in a good frame of mind for any changes in policies and programme of government.

With this, everybody will be on the same page on the need to make our port efficient, safe, secure and a place where business could be transacted in a seamless and less cumbersome manner.

We are working towards solving Apapa gridlock – Sanwo-Olu