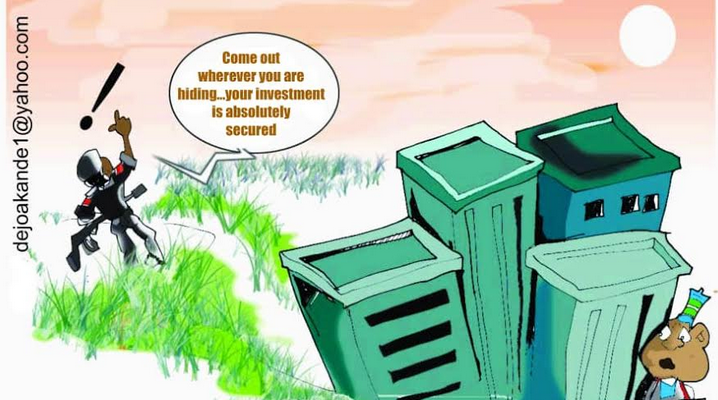 At the Annual Awards Ceremony of the Nigerian Maritime Administration and Safety Agency (NIMASA) in 2020, the Secretary to the Government of Federation (SGF), Boss Mustapha, revealed the resolve of government to ensure that Nigeria attains 70th position on the World Bank ranking of Ease of Doing Business index by 2023.

The federal government was emboldened in its confidence by the geometric rise of the country on the world ranking index of ease of doing business.

The 2020 ranking places the country on 131st position out of the 190 economies ranked each year by the World Bank.

The latest ranking is a huge leap of 15 steps from the 2019 position of 146th and 39 steps recorded since 2016 when the present government established the Presidential Enabling Business Environment Council (PEBEC).

We share the same optimism and hope of the Federal Government that the country in two years’ time, would be among the top 70 countries with friendly business environment in the world.

Our conviction is rooted in the meteoric rise of the country since 2016 on the world index as well as the determined and conscious efforts of the present administration to remove all impediments to seamless business environment.

However, as much as this dream is achievable, its realisation is a long shot in the dark.

Among the 10 parameters used by the World Bank to calculate ease of doing business ranking include but not limited to stable electricity, trading across the borders, getting credit for your business, enforcing contract, resolving insolvency.

We must mention and laud the efforts of the federal government in working towards ensuring that most of these parameters are met to create conducive business environment.

Among such includes its visa on arrival policy which is meant to make immigration requirements less cumbersome for investors in the African countries.

Also, government has made it compulsory for banks to set aside 10 percent of their Profit After Tax (PAT) to fund Small and Medium Enterprises (SMEs) in form of equity investments or loans at single digit interest rates.

Perhaps, these are some of the measures that have helped to boost the ranking of the country in the world Bank ease of doing index in the last few years.

However, beyond the world Bank ranking and statistics, which we consider nebulous, how competitive and friendly is the regulatory environment in Nigeria?

How practicable and realisable is Nigeria’s dream to attaining top 70 spot in the global ease of doing business?

Nigerian government has a formidable wall to scale to achieving the desired rank.

One of the obstacles to seamless business environment in Nigeria is corruption which has been permissive and endemic in our private and public sectors.

It has become a hydra-headed monster that has defiled all the darts thrown at it.

Instructively, one of the three pillars on which this government rode to power is its anti-corruption crusade.

Ironically, however, Transparency International in its 2019 corruption perception index, places Nigeria among 146 least corrupt nations out of 180 countries, dropping two places from 144 in 2018.

The global watchdog said the country scored 26 points out of 100 points in 2019, ranking it as the fourth most corrupt country in West Africa.

Even though government has dismissed this assessment of its fight against corruption, the scourge still poses a threat to the improved ease of doing business ranking.

Despite government denial, the National Bureau of Statistics said an estimated sum of N400bn is spent annually as bribes, a chilling claim corroborated by Sulaiman Sulaiman, the Principal Investigator at the anti-corruption Academy of Nigeria (ACAN), an arm of Independent Corrupt Practices and other Related Offences (ICPC).

This scourge has assumed a monstrous dimension at the nation’s seaports, a sector that is critical to the improved ease of doing business.

At the ports, decayed and dilapidated infrastructures, numerous government agencies with their corruptible actions, lack of single window, Nigeria Customs’ incurable passion for revenue generation at the expense of trade facilitation have all combined to make the cargo clearance procedures less customer-friendly and the ports system inefficient.

The long closure of our land borders, which were recently reopened,  as desirable as it is to protect our industries and check smuggling of arms and ammunitions, has greatly impacted negatively the cross-border trade.

Another impediment to government desire of boosting friendly business environment is the searing insecurity that is currently ravaging the country.

This scourge has the tendency of deterring creation of a clement business environment.

Electricity has since remained an albatross to government efforts to creating seamless business environment.

Constant and electricity supply has painfully remained elusive to Nigerians.

Permissive corruption has had a corrosive effect on this sector which is one of the parameters for measuring a conducive business environment and critical to achieving desired results.

Unfortunately, despite the humongous amount of money spent on the sector, Nigeria is still grappling with epileptic power supply.

This is a depressing commentary on the efforts of government to achieving improved ranking on the ease of doing business index.

We dare say that until government tackles this malaise frontally with unwavering zeal and determination, its hope of getting the top spot on the ranking of Ease of Doing Business will continue to be a mirage, wishful thinking.

We believe that it requires more than a mere pronouncement and expression of desire by the federal government to achieve this feat but a grit political will to disable these potent threats to achieving the noble objective.

It is our conviction that if these threats are subdued, Nigeria’s ranking in the world index of friendly business environment in the coming years will surpass the expectations and imagination of the Federal Government.