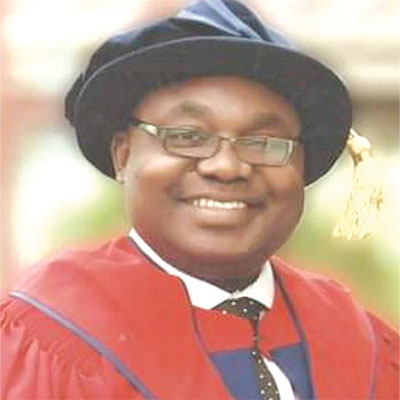 The Vice Chancellor of the Federal University of Petroleum Resources, Effurun (FUPRE), Delta State, Professor Akpofure Rim-Rukeh, has said funding has become a great challenge in the realization of the full potentials of the specialized institution.

Consequently, he has called on private sector players and spirited individuals to support the institution in raising additional funds for the development of adequate infrastructure for its optimal performance.

The Vice-Chancellor who spoke to journalists in Abuja, yesterday ahead of the institution’s  planned education development roundtable, said government’s funding alone for such a specialised university cannot support the realisation of its objectives geared towards boosting Nigeria’s economy

He explained that the educational sustainability and progress of the country especially universities was being threatened by sole dependence on the Federal Government.

According to him, “Like every other government owned tertiary institutions in Nigeria, funding has remained a major hurdle militating against the Federal University of Petroleum Resources, Effurun, rising to its full potentials as a specialized higher institution.

“The Nigerian experience has largely been a case of exclusive funding of public universities by the federal government which in the light of contemporary reality is no longer sustainable.

“We are now saying that no, for the nation’s education to be sustainable, let’s get the private sector to be involved. The development and direction of the universities is also being threatened by wide gap between the industry and the universities.”

Professor Rim-Rukeh said that in advanced societies, every research in the university was driven from the industry, always providing synergy between the two.
The round table slated for July 27, 2021 has the theme;” improved institutional donations and endowment:  a positive step towards advancement in technology and sustainable development in education”, and is targeted at bringing industry experts and investors to help bridge the gap between universities and the industry.

“The basic purpose for the FUPRE roundtable is to solicit the support of the private sector for the development of the university,” Professor Akpofure added.

He noted that “one of our objectives says that, explore all business opportunities with regard to the commercialization of the university’s patent products.
“When we commercialize, both the investor and the university have certain percentage. These are clearly stated in the university intellectual property policy.”

He said that one of the strength of FUPRE was that it is located at the oil and gas region of Nigeria, within the Petroleum belt of the country.

He also said that the institution was ready to drive the country’s transition to energy.