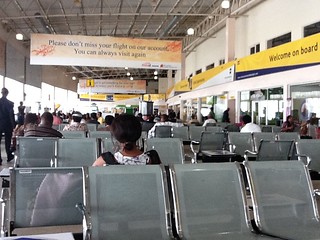 Despite the financial bailout given to airline operators by the federal government to alleviate the impact of Covid-19 on airline operators, air passengers still groan under flight delays and indescriminate hike in air fare by operators.

The Central Bank of Nigeria (CBN) had disbursed N5billion out of the N27bn Aviation Intervention Fund, expected to rescue ailing airliners and reposition the aviation sector in the country.

But, the bailout is yet to bring succour to the passengers who groan under flight delays and pay ridiculous fares to move around the country.

Though, stakeholders have noted that the limited number of aircraft in the fleet of airlines had pushed up demands for available seats, hence necessitating the increase of air tickets and flight delay.

Also, the grounding of some airlines due to regulatory impasse have compounded the problem in the aviation sector.

For instance, routes in the northern part of the country, the absence of the major players – AZMAN Air  and Medview Air – have reduced the number of carriers and aircraft on the routes.

Though, there are many airlines such as, Arik Air, Aero Contractors, Ibom Air, United Nigeria Airlines, Air Peace, DANA Air and other carriers operating in the South -Eastern routes, fares are still higher on the routes.
A visit to the General Aviation Terminal of the Muritala Muhammed International Airport (MMIA), on Monday showed that passengers were stranded as flight were delayed due to limited airlines.
For instance, an Arik Air 10am flight from Lagos to Port Harcourt was delayed as the aircraft was not onground to move passengers out of Lagos.
On fare hike, a return ticket from Lagos to Abuja on Dana Air before Covid-19 which use to go for N41,400 now goes for N120,000 depending on the time.
Also, a return ticket from Uyo to Lagos on ibom Air that use to be N56,000 now goes for N130,000 depending on the timing.
Flights in the early hours were usually higher than fares for the afternoon, evening and night flights.
However, the Secretary General of the National Union of Air Transport Employees (NUATE), Ocheme Abba, said the bailout is self-help to airline operators as it was too meagre to provide succour to any airline.
Speaking, Ocheme said the bailout by the government has no template but was given as pocket money to the airlines.
He said, “The principal thing is that the bailout is too small. Nothing can be done with the bailout because it is not enough to drive airlines out of the woods so, to me, it is like a pocket money to airline operators.
“The bailout didn’t make any significant difference. The government was not suppose to pay directly to the airline operators. For instance, assuming an opetator needs  N1billion and was given N20million, what will he use it to do,” he asked rhetorically.
“The government was suppose to check the account books and say use this for maintenance cost or they pay directly to manufacturer if its for spare part importation or maintenance checks.”
“The bailout didn’t bail anyone out, so no one can be held accountable because its just help, nothing more,” he said.

Why we shutdown APM Terminals-  MWUN