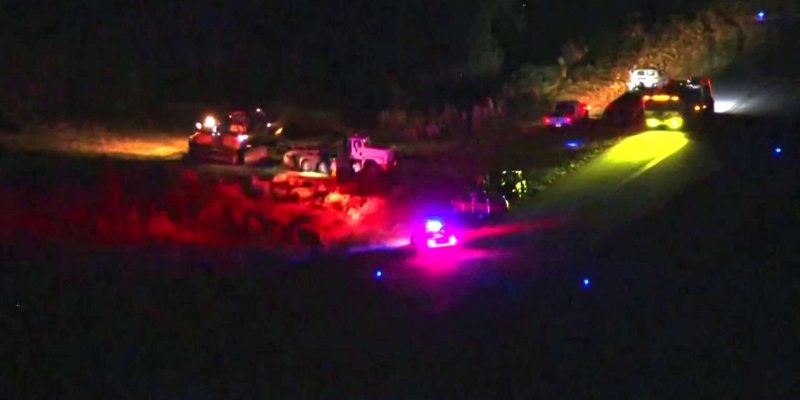 The Accident Investigation Bureau of Nigeria (AIB-N), on Tuesday, said police helicopter crashed at Abubakar Tafawa Balewa Airpor, Bauchi because the airport was in complete darkness.

In the report of its preliminary findings released by AIB-N, the bureau said the Bell 429 helicopter owned by Nigeria Police Force and operated by Nigeria Police Air Wing (NPAW), with nationality and registration marks 5N-MDA, got to the Airport and made several attempts to land but no sign of any lighting on the runway because the entire airport was in complete darkness.

It was further disclosed that the tail rotor of the aircraft impacted a tree of about 5m high and crash landed on heading 359°.

The damage sustained by the helicopter are: One main rotor blade, tail boom was sheared off, tail rotor shaft was broken, tail rotor blades had minor damage at their leading edges, left side skid collapsed, right side passenger window and right side vertical stabiliser were broken. All members of the crew survived.

“On board were six persons inclusive of three crew members (Pilot, co-pilot and engineer), and three passengers with fuel endurance of three hours.

“5N-MDA was scheduled as a supplement for the first helicopter (5N-PEJ), that departed Abuja for Maiduguri earlier same day for administrative activities.

“The crew stated that while trying to land in Bauchi, there was no sign of any lighting at the airport as the entire airport was in complete darkness.

” The aircraft descended to 3,000 ft. and positioning for the runway centreline using Global Positioning System (GPS). The aircraft executed two Go Around with intention to land, but due to lack of airfield lighting and darkness, the crew could not sight the runway.

“During the final approach to land at the third attempt, the PM suddenly saw a tree on its flight path which was neither detected by the Ground Proximity Warning System (GPWS) nor the Terrain Awareness Warning System (TAWS).

“The crew verified that both systems were certified functional prior to the flight, also the Aural Warning (AW) did not sound and the visual display didn’t indicate that the aircraft was approaching an obstacle.
” At about 19:47hours, as the crew pulled up to avoid the tree, one of the Main Rotor blades hit the branches of the tree while the helicopter Tail Rotor struck the tree which resulted in the accident.
” The crew and passengers disembarked without injury. The accident occurred at about 19:47hours,” AIB-N said