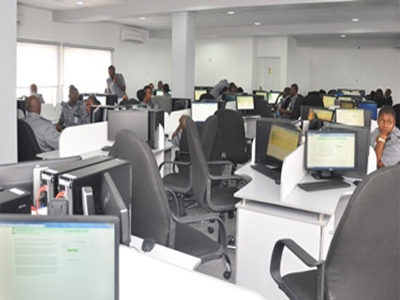 The e-Customs is set to commence very soon, even as the  Service said that the platform would enhance and improve operational methodologies in the agency.

The National Public Relations Officer of NCS, Deputy Comptroller (DC) Joseph Attah said this at a public function in Lagos on Thursday.

He said this while stating the roles of the Nigeria Customs Service in the advancement of the blue economy.

Attah, who was represented at the event by Uche Ejesieme, a
Superintendent of Customs,added that the role of the Service in the blue economy would have to do with its initiative towards improving Customs processes and procedures.

He words, “Our role in the blue economy will have to do with our initiative towards improving customs processes and procedures e.g. you will recall that our automation process began with ASYCUDA, then transited to ASYCUDA++, then we had ASYCUDA 2.7 version, then NCIS 1 and now NCIS 2.

“Now, the Service is working on a more active platform/system that will be launched very soon that will have the capacity to promote future increase in cargo throughput using technology.”

He added that some deliberate steps created by the service in dealing with Trade Related Disputes include; creation of the dispute resolution committee at the headquarters and at area commands.

He stated that the committees were charged with the responsibilities of identifying trade disputes and addressing them expeditiously with minimal delays.

According to him, there is a renewed synergy and collaboration between the Nigeria Customs Service and other critical security and regulatory agencies in seaports, airports and the borders.

He maintained that the initiative has enhanced the speed with which issues are handled without the usual rancour, acrimony and which hitherto was the order of the day.

The marine unit of the Service, he said has helped to confront smugglers at the waterways, making seizures and decimating their heinous activities.

Africa can make over $4trillion annually from blue economy – SON