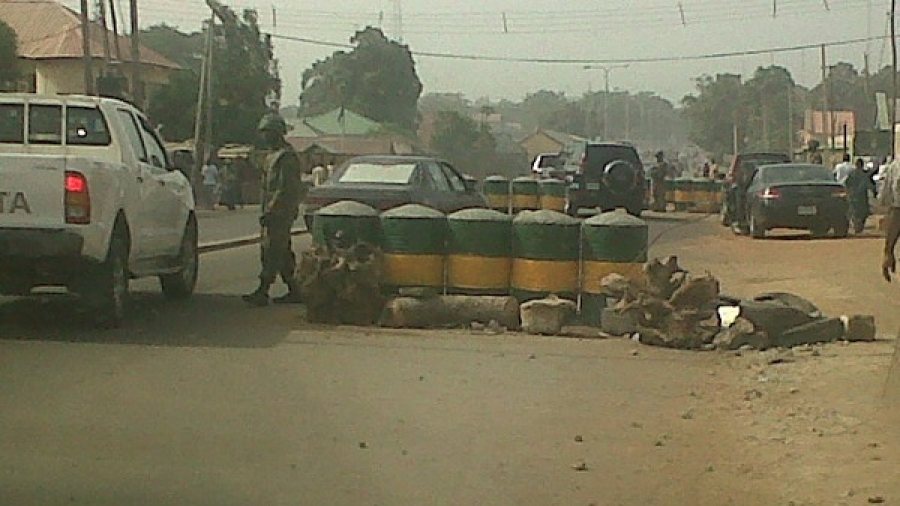 
Trucks taking goods to the South-Eastern part of the country now spend three days on the road as against the normal one day that it used to be.

The numerous roadblocks on the road between Lagos and the East and South-South region of the country is said to be responsible for the delay.

Dr. Patrick Osita Chukwu, the Coordinator, Save Nigeria Freight Forwarders, Importers, Exporters Coalition at a briefing on Tuesday, revealed the information.
He lamented the harrowing experience of both commuters and drivers in the axis in the hands of the security operatives which he said included men of the Nigeria Customs Service.

He said between Lagos and Bayelsa state, there were more than 700 roadblocks mounted by different security agencies, including the operatives of the Nigeria Customs Service, Police, Military officers, NSCDC, Vigilante groups, among others.

“It used to take trucks carrying cargo from Lagos to the East one day to get there but it now takes two to three days to get to the same destination.

“Let the Federal Government come out and tell us the number of checkpoints or barricades along the East-west road so that road users will know where and where to expect roadblocks.

Dr. Chukwu who doubles as the Apapa chairman of the International Freight Forwarders Association (IFFA), as a result, called on the federal government to take decisive action over the development, saying it is having an adverse effect on international trade.

Speaking further, he alleged that the security agents extort both commercial and private vehicles playing the roads.

He said, “What I am saying is that the federal government should look into the matter and try to curtail the number of checkpoints and barricades

“I plead with the federal government to probe all the security agents along South East, South-South and South Western zones because bribery and corruption is on the high side

“The spots where they mount the checkpoints include Shagamu, Ijebu Ode, Ore, Ondo. The worst spots are Edo and Delta

“As I was going to Bayelsa, I was counting the number of checkpoints one by one and they are more than 700 from Lagos to Bayelsa with logs of woods used to barricade the roads.

“If the federal government fails to do something within fourteen days, I will mobilise over a million people to make sure that we close all the roads in the axis,” he threatened.