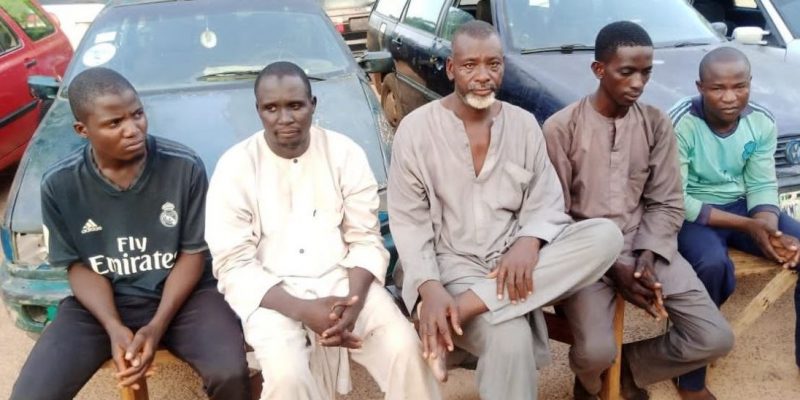 The Katsina State Command of the Nigeria Customs Service (NCS), has intercepted two vehicles with fabricated tanks suspected to be supplying bandits with petroleum products in the bush.

The Acting Controller, Customs Katsina, Dalha Wada-Chedi, disclosed this on Monday while briefing newsmen on the recent achievement of the Command

He said the vehicles, Peugeot 504 model with fabricated tanks, were loaded with fuel, saying the vehicles were valued N280,000 each.

Recall that the state government had banned the sales of fuel in jerry cans as part of measures  to tackle security challenges in the state.

According to him, with measures put in place by the state government, the criminals have resorted to using motorcycles to buy fuel and hide it somewhere, only  to offload same into jerricans.

“We were also able to intercept 14 motorcycles loaded with fuel, also suspected to be taken to bandits in the forest.
“After an intelligence report, we traced the criminals and recorded them while in action but unfortunately,  they escaped arrest”, he lamented.

Wada-Chedi added that the command had also succeeded in seizing 205 pieces of USB telephone chargers suspected to be supplied to the criminals for charging their telephones.

“These USB chargers were made in such a way that they can be connected with their motorcycles batteries to charge their phones,” he said.