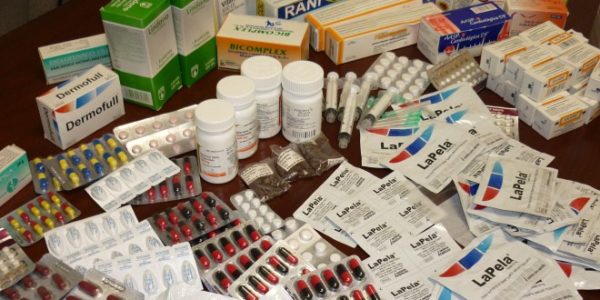 The Comptroller General Strike Force Unit of the Nigeria Customs Service (NCS), yesterday said it intercepted unregistered and fake drugs imported into the country through the nation’s seaport.

Speaking yesterday, the Coordinator of the unit, Deputy Comptroller, Ahmadu Shuaibu said the unit also recovered N426.4million as debit note collected on cargoes that were under declared at the seaport.

According to him, also impounded were super market goods, smuggled foreign parboiled rice among others smuggled items intercepted by the unit.

He said the seizures are products of credible intelligence and meticulous documentary checks, adding that Government’s rationale for prohibiting the importation/exportation of some of these goods is to safeguard the nation’s socio-economic and health wellbeing.

While giving the breakdown of he seizures made within the period under review, he said the seizures include, 575 bales of second hand clothing, 1,1440 cartons of super market goods, 664 cartons of drugs without NAFDAC number, 530 cartons of foot wears and 1,600 bags of foreign parboiled rice.

However, he decried unlawful importation of textile materials into the country, adding that importation are killing the nation’s textile industries and jobs meant for teeming youth in the country.

He warned importers to desist from importing goods, which have negative impact on the nation’s economy and the lives of Nigerians.

He added, “While we appreciate our patriotic traders for their compliance with the Customs and Excise extant laws, we imploy the cooperation of all international traders to imbibe compliance in the interest of the nation’s socio-economic well being and security,” he said.