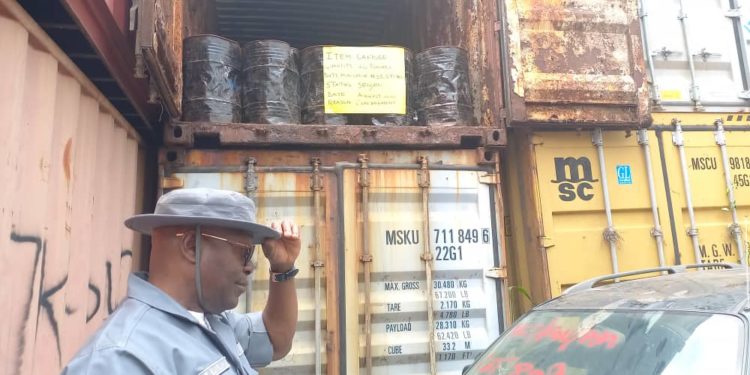 The Federal Operations Unit (FOU), Zone A of the Nigeria Customs Service (NCS), Ikeja, on Tuesday, said it intercepted 20 drums of Calcium Carbide smuggled into the country from neighboring countries.

Speaking to newsmen, the Acting Customs Area Controller, FOU, Zone A,Hussein Ejibunu, who said the contraband intercepted in the month of August have a Duty Paid Value (DPV), of N579million, also stated that 41 pieces of military camouflage bags were intercepted in Ogun.

According to Ejibunu, the calcium carbide is highly inflammable as it can be use to manufacture Improvised Explosive Devices (IEDs) and could cause danger to life and property.

He further disclosed that the carbide is controlled and must come with end users certificate from the office of the National Security Adviser (NSA).

He said, “20 drums of Calcium Carbide were intercepted in Ogun state. It is instructive to emphasize that such importation raises concerns of national security.

“This is because it is a chemical used in the manufacture of improvised explosive devices (IEDs) and could cause danger to life and property.

“Allowing things like this chemical into the society uncontrollably, could create serious security challenge for the country because carbide is highly flammable, reactive and can cause explosion hazards when mixed with other chemicals and exposed to water or moisture.

“It forms flammable acetylene gas that could be used to endanger lives by lawless persons.”

“This is aside other health hazards, the chemical on exposure can irritate the mouth, nose and throat if not properly handled.

“Inhaling Calcium Carbide can irritate the lungs. Higher exposures may cause a build-up of fluid in the lungs and could lead to emergency medical situation.

” Its importation is, therefore, strictly controlled from the office of the National Security Adviser (NSA),” Ejibunu said.

However, the Customs boss disclosed that the unit intercepted nine trucks load of foreign parboiled rice, 56,725 litres of Premium Motor Spirit (PMS), also known as, Petrol worth over N579million.

“The aggregate Duty Paid Value (DPV) of the seized goods is N579.4million. in our efforts to prevent loss of government revenue to duty underpayments, undervaluation of imported items and wrong harmonized system (HS) code classification.

” We recovered a total of N46.2million. These seizures are a reflection of our commitment to duty and non-compromise in the discharge of our functions; aimed at protecting the nation’s economy and preventing importation of prohibited and harmful products from entering our markets.

“Our 24 hour round-the-clock patrols are constantly rejigged for efficiency. Our enforcement capability is supported always by impeccable intelligence resulting to the successes we have recorded so far. Nigerians should be assured that we are not in any way going to relent in the discharge of our functions, ” he said. 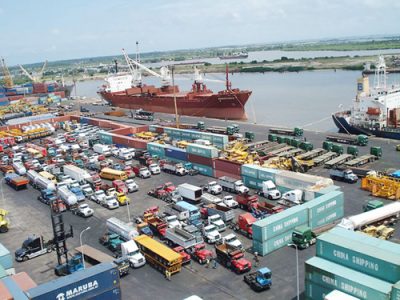