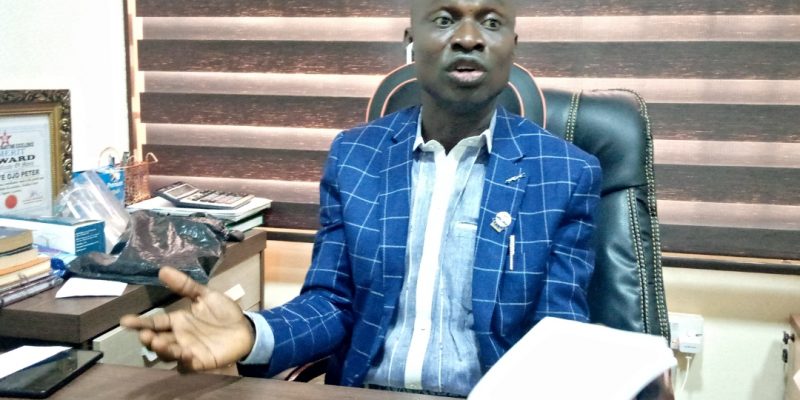 The Chairman of Apapa chapter of  the Association of Nigerian Licensed Customs Agents, (ANLCA), Mr Akintoye Peter Ojo, has accused the Nigeria Customs Service of sponsoring the constant rift and rivalry between the association and other sister group, the National Association of Government Approved Freight Forwarders (NAGAFF).

Akintoye, in an exclusive chat with our reporter, alleged that the customs was using divide and rule tactics to weaken the association and prevent the freight forwarders to speak with one voice.
“Some years ago, I was with a senior officer of the Nigeria Customs Service and he confessed to me that they(customs) are the ones that divided the association by sponsoring someone to establish NAGAFF because they found out that our powers were too much. So, it was a divide and rule strategy.
“For over 20 years, we have been coming together on different platforms and throughout the period, we found it difficult to achieve a purpose because government agencies capitalised on our differences.

“This is because they can run to ANLCA when they want to do something bad and they will do it which they know the other party will raise an eyebrow.

“They will tell ANLCA that anytime that group says anything against it, just counter them. There is an adage that where two elephants fight, it is the grass that suffers.

“The situation was better before now because the association spoke with one voice. I was in the industry before the creation of NAGAFF. When Union speaks, everyone listens but that is not the case today.

“They thought they’re doing us evil not realizing that whatever happens in the maritime sector affects the nation.

“This is because the products that come into the port is not limited to only within the port.

“So, those who are against our coming together are doing so because of their selfish interests. There is power in unity. So, if we can come together to address the challenges, how’s that a problem?,” he added.

Tge ANLCA Chieftain further revealed that the revenue target given to maritime regulatory agencies is responsible for the high influx of hard drugs in the country.

“The whole world is looking for ways to make life better for their citizens but ours is adding to our burdens in the name of revenue generation.

“We were in Abuja few weeks ago at a meeting with the Nigeria Customs and the National Assembly and we asked why Duty needs to be increased at this time despite the tough economic climate.

“If they say they are using it to generate revenue for the federal government, it’s ok. The impact is coming on the end users.

“Nigeria wants SON to regulate the products coming into the country and the same government placed a revenue target on them.

“If I’m made the head of one of the parastatal and given revenue target, what do you think I will do? I know that if I don’t meet my target, you will change me. But I don’t want to lose my job. You can’t eat your cake and have it. It’s wrong to give a regulatory body, revenue targets,” he added.

When prodded on if the revenue generation by the agencies is the reason for the influx of hard drugs, he said, “Definitely. You beat a child and you are saying that child should not cry. It’s not possible. It’s either you leave that child and enjoy peace or endure his cry when you beat him,” he added.

According to him, the government is encouraging corruption by encouraging importation while at the same time making it a source of revenue.

“I think it’s the government encouraging corruption. Poverty has turned Nigerians to corrupt people. A large percentage of Nigerians have corruption flowing in their vein.

“We are saying that we want to discourage Importation yet we make it a source of living.

“When you import an item into the country, NDLEA, NAFDAC, SON, NPA, Nigeria Customs, NIMASA will collect money. What’s the need for another policy when the one we have is more expensive? Will corruption allow the system work?”, he queried.