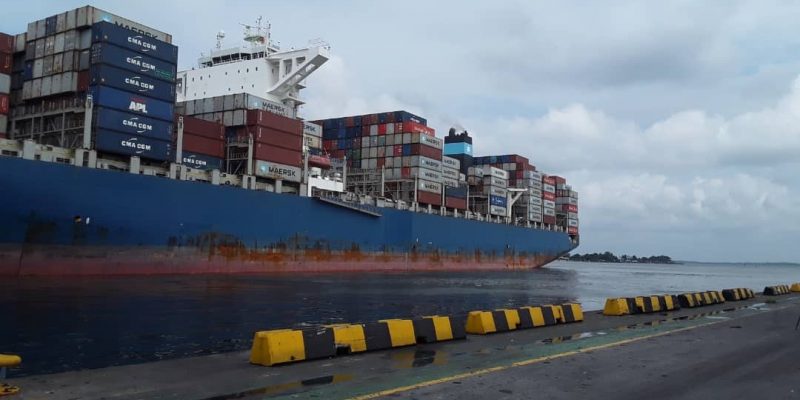 Abiola Seun  Clearing Agents operating at the Onne  seaports, Port Harcourt, on Monday, refuted allegation of bribery, extortion by officers of the Nigeria Customs Service.In a press statement by the Onne chapter Chairman, Association of the Nigerian Liscenced Customs Agents (ANLCA), Mike Ebeatu, he  called on the federal government to step up efforts at fixing the port access road from Port Harcourt through Eleme to Onne.According to him, the government should also provide incentives that will make the Eastern ports attractive to importers and shippers. The chairman, who denied allegations of bribery against Customs Officers, said, “I have been inundated by some media reports alleging that Nigeria Customs Service officers in Onne Port extort money or demand bribes from licenced agents to exit consignments.

“As Chapter Chairman of the Association of Nigeria Licenced Customs Agents (ANLCA) Onne Chapter, this is untrue to the best of our knowledge. “While we constantly engage the Customs for improved operational relationship, the association in Onne Port under my leadership frowns at any form of unlawful dealings like smuggling, under declaration, under valuation and concealment. “Because our members are constantly sensitized to operate in compliance with the extant import and export prohibition lists, they have no reason to pay bribes either at the points of examination or at the exit gate. “We are aware that the giver and taker are liable by law and therefore distance ourselves from such things.
” Our confidence is rooted in our sincerity of purpose which has been passed to our importers too.” Speaking on the port access road, he said, “For the umpteenth time, we once again urge the federal government to step up efforts at fixing our port access road from Port Harcourt through Eleme to Onne on time and create incentives to make the Onne and entire Eastern ports attractive to importers and shippers. “Without attempting to hold brief for the NCS, any agent or freight forwarder who admits to paying bribe or allowing himself to be extorted is complicit.”“Our mantra as leaders of the Association is compliance, compliance, compliance. And the Acting President on his 3 day working visit to the zone laid much emphasis on that at several fora.
” It is also on record that the compliance, level at Onne port is unequivocally at the top. The facts are there.”