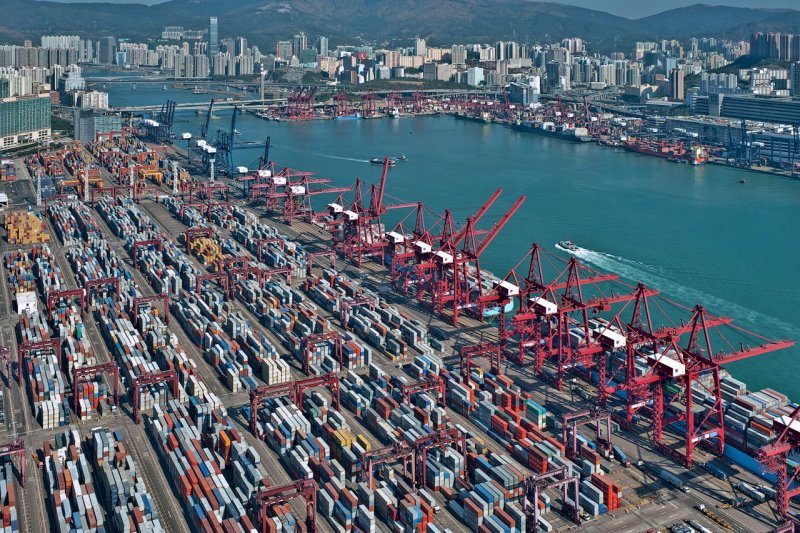 Hong Kong’s biggest container port facility, Kwai Tsing Container Terminals, has been linked to around 65 coronavirus infection cases.
According to local media, the virus was most probably picked up from communal resting facilities and dormitories, where social distancing measures are difficult to implement as dozens of workers can be confined to the same place at the same time.
Most of the workers were linked to Wang Kee Port Operation Services Ltd. and were predominantly asymptomatic.
Around 100 workers have reportedly been quarantined.
Unions have called for disinfection of the dormitories and companies where cases have been confirmed, asking for the terminal to remain open in order to keep the flow of goods.
They also urged for further testing and implementation of social distancing measures at the said facilities.
The Kwai Tsing Container Terminals is home to nine container terminals and boasts a total handling capacity of approximately 20 million TEU per annum.
COVID-19 continues to impact shipping operations, as there has been a rising number of ships’ crew members testing positive for the virus.
In a most recent case, Singapore’s Ministry of Health reported that a crew member working onboard an ocean-going ship was tested positive for COVID-19 in Singapore.
14 other crew members on board the same ship were later confirmed to have COVID-19. All 15 are Filipinos.
The 15 crew members were working onboard a Bahamas-registered ship, which was not named. The vessel arrived in Singapore from India on August 8 to conduct repairs and refuel.
“All crew members of the ship did not disembark. Swabbing was done on board the ship, where they remained until their COVID-19 test results came back. The 15 crew members who tested positive were transferred ashore and conveyed via ambulance directly to a hospital,” Maritime and Port Authority of Singapore (MPA) said.
“The remaining crew members are currently quarantined onboard the ship. Provisions are lifted up the ship to the crew to minimise physical contact.”
The ship is currently quarantined with no ongoing operations, and will be thoroughly disinfected, the port authority added.
German container shipping major Hapag-Lloyd reported several infection cases on its ships over the recent period.
Two weeks ago, the company said that one of its containerships, MV Bangkok Bridge, was being diverted to Manila after one of the crew members tested positive.
The ship was scheduled to undergo an entire crew change and sanitization, before resuming its voyage to Singapore