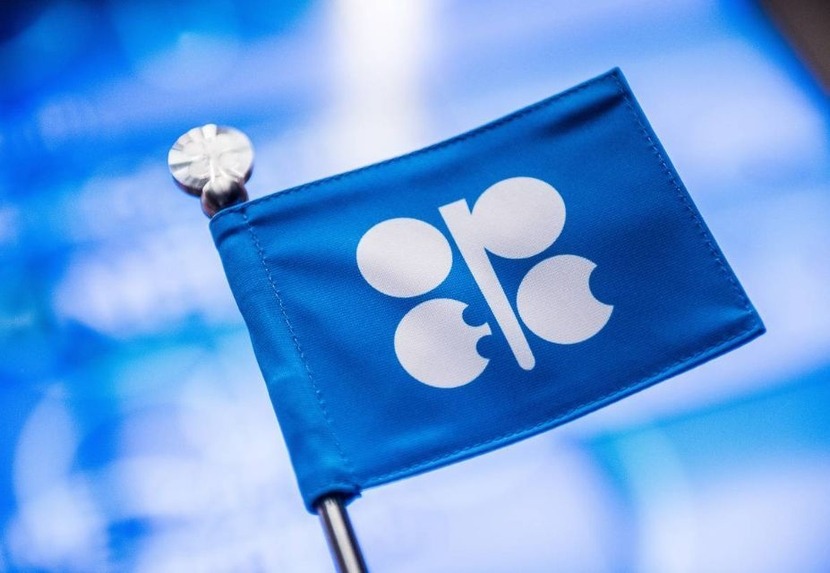 The Organisation of Petroleum Exporting Countries (OPEC) has said the impact of the COVID-19 pandemic increased global debt by $24 trillion, taking it to $281 trillion during the crisis.

Speaking at the 135th meeting of the Economic Commission Board (ECB) of OPEC, the cartel’s Secretary-General, Dr. Sanusi Barkindo, urged member countries to be wary of the inflationary effect of their borrowings as the $24 trillion is more than the United States annual Gross Domestic Product (GDP).

Barkindo spoke just as the Petroleum Industry Bill (PIB) may, again, run into troubled waters this month as Shell Nigeria Exploration and Production Company (SNEPCo) yesterday opposed the passage of the proposed legislation in its present state, seeking a review of its provisions on the gas sector.

Barkindo also reiterated his earlier position that oil demand will hit pre-pandemic levels by the fourth quarter of 2021 to exceed 99 million barrels per day.

The meeting of the ECB, the organisation’s statutory economic think-tank, which meets in advance of the ordinary meetings of the OPEC conference, focused on reviewing the conditions of the global oil market, emerging trends related to the oil industry, including demand, supply and stock movements, as well as the recovery prospects for the world economy.

Barkindo highlighted the contributions of the Declaration of Cooperation (DoC) of participating countries, which continue to support the global oil market through voluntary production adjustments in the interest of market stability.

On OPEC forecast for demand recovery, Barkindo stated that the market optimism was a reaction to the more than 2.4 billion vaccine doses that have now been administered globally.

Also, there are signs that the international community is ramping up its support to developing countries to help bolster their acquisition of life-saving vaccines.

He said these efforts were drawing the world closer to bringing the pandemic under control, and thereby helping accelerate the global economic recovery, as the latest market developments point to much better conditions and improved prospects.

On market fundamentals, Barkindo stated that in terms of the global economy, the GDP growth forecast has risen from 4.4 per cent in November 2020 to 5.5 per cent in June 2021.

He added that an upward momentum into the second half of the year is being expected.

He restated his earlier forecast that China and the US will see the lion’s share of growth in 2021, with China’s economy expanding by 8.5 per cent and the US by 6.4 per cent.

According to him, India, despite having to confront a devastating second-wave of COVID-19 infections is still forecast to achieve a growth of 9.5 per cent.

He said: “The forecast for world oil demand has decreased from 6.2 mb/d in November 2020 to 6 mb/d in June 2021. The outlook for later this year looks especially promising with demand slated to exceed 99 mb/d in the fourth quarter. This prospect would bring us back close to pre-pandemic levels.”

He stated that there are now encouraging signs that the worst of the pandemic is over, but warned that it is too early to jump to conclusions, especially with uncertainties surrounding mutations.

Barkindo said meanwhile, debt levels in major economies continued to rise, fuelled by massive fiscal and monetary stimulus programmes, with government debt levels, after the COVID-19 lockdowns, reaching their highest to date in both advanced economies and emerging market economies.

He added: “The absolute amount of global debt has increased by more than $24 trillion over the course of the pandemic – this is more than the annual GDP of the US. World debt now stands at $281 trillion, comparing to the annual world GDP of around $80 trillion. With this in mind, the risk of rising inflation in the months to come will need to be closely monitored.

“Looking at the world oil supply, non-OPEC supply growth was revised down from 0.9 mb/d in November 2020 to 0.8 mb/d in June 2021. The main drivers for 2021 supply growth are anticipated to be Canada, Brazil, China and Norway, while US liquids supply is now expected to only grow by a marginal 0.03 mb/d y-o-y.”

He expressed optimism that the return of Iranian production and exports will happen in a transparent and orderly fashion, supporting the deal by OPEC+ countries on ongoing efforts to rebalance the oil market and promote market stability.

Barkindo also lauded the conformity to the production adjustments by member countries, which he puts at 114 per cent in April.

Meanwhile, Petroleum Industry Bill (PIB) may, again, run into troubled waters this month as Shell Nigeria Exploration and Production Company (SNEPCo) yesterday opposed the passage of the proposed legislation in its present state.

The company stated that the bill, if passed as it is, could throw the gas sector into more crisis and further stunt the growth of the sector, which the country is banking on for much of its revenue as the world moves towards cleaner sources of fuels.

During the week, reports indicated that the bill, which has spent over 15 years in the National Assembly, may not be passed this month as promised by President of the Senate, Dr Ahmed Lawan, as key stakeholders pushed for final alterations to some specific parts of the document before it becomes law.

Speaking during an online forum organised by the British Nigeria Chamber of Commerce (NBCC), Managing Director of SNEPCo, Mr. Bayo Ojulari, called for a conference of all stakeholders, to be called by the Minister of State, Petroleum Resources, Chief Timipre Sylva, to resolve the differences.

Themed: “Gas Economy: Maximising the Potential,” the programme was overseen by the NBCC oil and gas group and attended, among others, by the Managing Director of the chamber, Mr Kayode Falowo, and Managing Director, Nigeria Liquefied Natural Gas (NLNG) Limited, Mr Tony Attah.

Ojulari stated that the PIB as it is today is not enabling enough and not fully aligned with the direction that Nigeria has articulated around the “Decade of Gas” as propagated by the administration of President Muhammadu Buhari.

He called for a further review of the PIB to ensure that it delivers and contributes to the ambition that Nigeria has set for itself to be in the class of Qatar and Australia whose economies are largely run on revenues from gas.

According to him, with the condition set for exportation of gas resources by companies operating in the sector, the proposed petroleum governance bill will stifle competition.

He said: “The terms and prices of gas development, especially for deep non-associated gas, need to be more competitive. Today, it is actually looking worse than it is in the current environment and that’s an area that has not enjoyed a level of emphasis.

“Today, the PIB does not do any justice or to help to unlock the huge potential that we have in the non-associated gas environments. With the potential of gas to power our economy, the focus should be more on competitive discuss that will stimulate gas.

“Currently, the version of the PIB that we have is not sufficient and will not enable us to incentivise investors to unlock the huge non-associated gas that we have.”

In the domestic gas space, Ojulari said the PIB required the fulfilment of domestic gas obligation as a condition to export gas, which potentially puts long-term export gas supply at risk.

He added that the country needs to move away from the “unproductive” debate about satisfying local need before shipping gas abroad.

He called for a delicate balancing between the political drive and the business needs of the PIB, saying that many of those who discuss the matter are approaching it from the point of emotions, rather than reality.

He added: “ A lot of people who talk about the gas business in the gas value chain come from the emotional side. But emotion does not create a business, emotions do not attract investors, emotions do not sign contracts.

“So, I will say that while we recognise those emotional elements, we need to create a platform where the companies and the entities that have these resources will come together in a conference facilitated by the minister of state and let us have that conversation.”

He stated that everybody is currently doing the economics of the gas sector from their own point of view, and there’s no consensus on the way forward for the gas sector in the PIB.

He wondered why the NLNG model was not adopted since it has been tested to be workable, explaining that there is sufficient gas resource that will meet both domestic and gas export.

In his remarks, Attah stated that energy has always been in transition, adding that there should be no surprise about the current talks about renewables.

With 7.8 billion persons on earth and an additional 2.8 billion by 2050, he said the world would always require energy to function, while gas will continue to be relevant.

According to him, the energy of the future must look at the sustainability of the environment and which does not emit massive carbon like coal, oil and others.

He stated that gas is cheaper and could be either a transition or destination fuel, adding that a future without gas is almost inconceivable.

Meanwhile, President of the Senate, Dr. Ahmad Lawan, has assured the nation that the PIB would be laid on Tuesday by its joint committees on the bill.

He said: “At the moment, we are dotting the i’s and crossing the t’s on the PIB; the Petrol Industry Bill, and by the grace of God, our committees, the joint committees, will finish their work on it by the end of the week, hopefully. The reports would be laid on Tuesday in both chambers. This is what we have planned and this is what we’re working towards.”

He also said much work had been done on the Electoral Act Amendment Bill and it would be passed before the National Assembly proceeds on its annual vacation next month.

“We also have some work to do on the Electoral Act (amendment) Bill. Our committee in the Senate and indeed, in the House have worked jointly and we have very little to do really, to get the reports and considered in the two chambers.

According to him, the National Assembly will also work on the confirmation of nominees for the Independent National Electoral Commission (INEC) commissionership as well as passing the 2021 Supplementary Appropriation Bill sent to it last week by the president.