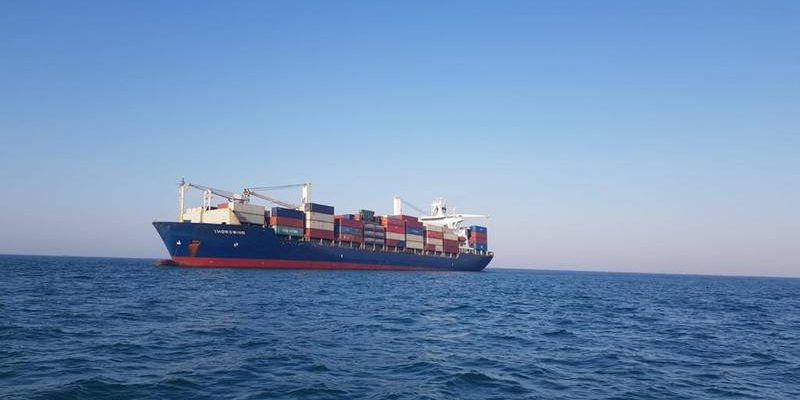 A ship weighing more than 20,000 tonnes has been refloated after it ran aground near Palm Deira in Dubai.

The emirate’s maritime authority came to the rescue of Thorswind, which was sailing from Port Khalid in Sharjah to Khalifa Port in Abu Dhabi.

The Thorswind ran aground near Palm Deira on Thursday.

“Urgent meetings were held with the relevant authorities in the public and private sectors to expedite the refloating of the container ship in coordination with Port Rashid.”

No injuries or damage occurred during the refloating of the vessel, he said.

Thorswind measures more than 180 metres in length and is 30 metres wide.