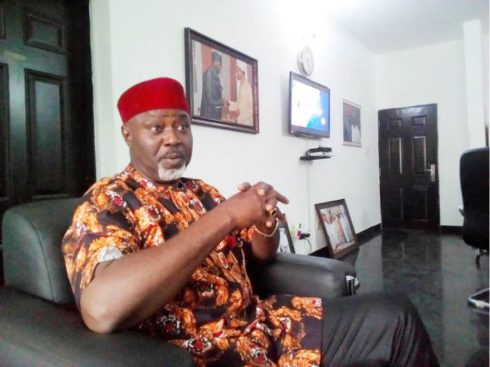 To decongest the Lagos Seaports, the Federal Government has initiated move to begin movement of cargoes from Lagos port to Onitsha River port.

This was disclosed by the Managing Director, National Inland Waterways Authority (NIWA), Dr George Moghalu, during press briefing at the end of all heads of maritime agencies monthly meeting hosted by NIWA at the Authority’s Headquarters, Lokoja, Kogi State.

If it becomes operational, cargoes destined for the Eastern part of the country and the North-Eastern part will be evacuated to Onitsha river port from where it will be moved to its final destination.

Moghalu however stated that at the meeting, that a committee was set up on Multi-Modal approach to cargo deliver.

According to him, “The committee also looked at the movement of cargoes from Lagos Port to Onitsha River Port and other Ports within the Country putting to active use of the Waterways and also other related issues were deliberated.”

There was also a briefing from the Nigerian Railway Corporation (NRC), for its support on Cargo movement from the ports to the dry Port especially in Kaduna.

Moghalu also stated that all Maritime Agencies in the country are looking for ways to harmonize their operations.

He further stated that the meeting looked at issues concerning Maritime Security and Safety,  received briefings from both NIMASA and NIWA and also the efforts made so far in the area of trade, development of manpower, enforcing the protocols to reduce the carnage on our Waterways, and the removal of wrecks which is being addressed by all the sister agencies in the country.

His words,  “it is very important for us in the Maritime Sector to have decided to setup a platform we can share ideas, synergize where we can contribute our qouta in developing polices and building the Maritime Industry.
“This is our third meeting and is expected that this meeting will continue as we set issues that concern the Maritime Industry.
“We will discuss to find solutions so that we can put them to use in our various establishments and at the same time bring solutions to the government at large”.
During questions and answers session on flooding sensitization, security and safety on our Waterways, Moghalu said NIWA has a department that monitors flood and gives their report which is made available to other agencies so that people can be aware and take precaution.
“NIWA has also be running radio jingles and newspaper advertorials to sensitize the general public on flood disaster.  He further said government is conscious and making effort on security and also taking safety measures on our Waterways so that it can have positive impact on the economy and image of the Country”