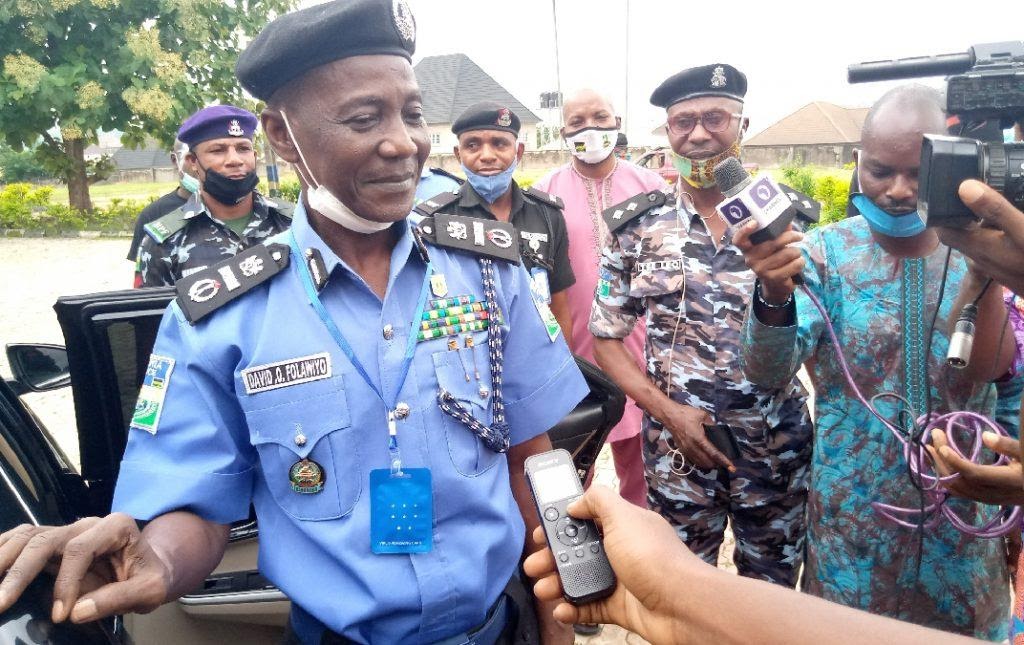 Assistant Inspector General (AIG) Zone 17, Akure, AIG David Femi Folawiyo, has implored the first batch of the Special Police Constables to be the brightest and the best in diligence and service.

The AIG gave the advice on Friday when he officially passed out the first batch of the Special Police Constables, in the zone, at Oyin Akoko, Ondo State.

Folawiyo urged them to remember, that paltry as it sometimes appears, much is always expected from communal or state opportunities and privileges and that they must blaze the trail as pioneers and be examples of the brightest and the best, in diligence and service.

He implored them to defend the trust the community reposed in them as representatives of the people, to justify their place in the service, “because their worth increases by the value added to their communities and the country at large”.

Representing the Inspector General of Police, IGP Mohammed Abubakar Adamu as the reviewing officer, the AIG in his remarks, appreciated the efforts of the Inspector-General of Police in bringing policing to the doorsteps of the people as proof of his doggedness to further bridge the gap between the police and the public.

AIG Folawiyo said his joy knew no bounds for being a member of the team that evolved the programme and for being privileged to be the one reviewing officers, representing the IGP in one of the ceremonies to pass out the special constables.

According to the AIG, the communities are now policed by the population as a whole.

The reviewing Officer acknowledged the good works of the directing staff of the training school, making particular note of the discipline and standard of the parade at the ceremony.

The AIG appreciated the passion and commitment exhibited in the parade by the Special Constables and reminded the graduands of the fact that policing is a call to service and not gold mining.

The AIG eventually bid them good luck with the creed, that the “Community Policing bastion is the tenet, that they serve as one for all, where the community rallies all for each special constable”.

Senate kicks against concession of Customs revenue to foreign firm