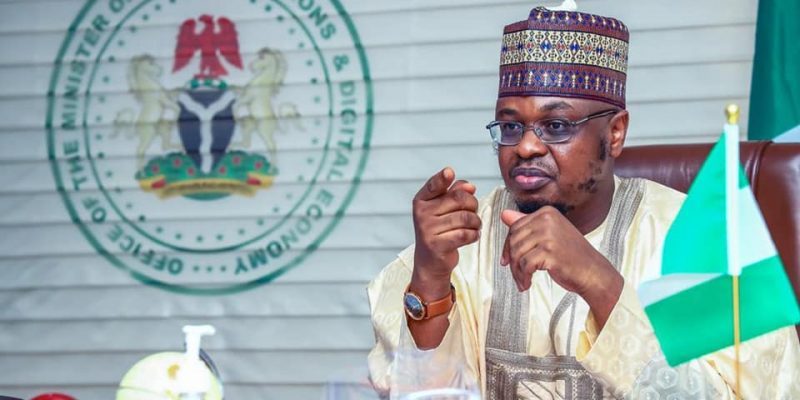 The Federal Ministry of Communications and Digital Economy has said it generated N1.054 trillion as revenue for the Federal Government in two years.

Isa Pantami, Minister of Communications and Digital Economy, spoke during the virtual inauguration of the 12th batch of the digital economy projects at the Digital Economy Complex, Mbora, Abuja.

Pantami said the communications and digital economy sector played a huge role in lifting the country out of recession, with ICT recording the highest growth rate in the fourth quarter of 2020.

“The initiatives of the ministry are geared towards supporting the Federal Government in its three main focus areas- economy, security and anti-corruption,” he said.

“Our activities in the communications and digital economy sector have greatly enhanced the economy of Nigeria.

“For example, the sector played a pivotal role in lifting the Nigerian economy out of recession, with the ICT sector recording the highest growth rate in the 4th Quarter of 2020 (14.70%), as reported by the National Bureau of Statistics (NBS) and stated by Mr. President.

“This growth rate was the only double-digit growth rate and it exceeded the aggregate growth rates of all the 2nd to the 7th fastest growing sectors. The ICT sector also had the highest growth rate in the year 2020 and the 1st Quarter of 2021.

“It is also noteworthy that the telecommunications sub-sector grew at 15.90% and this was its highest growth rate over the past decade.

“Additionally, the ministry and its parastatals have generated over N1 trillion for the federal government in less than 2 years, this translates to an average of about N44 Billion every month or over N1.4 Billion every day.”

Pantami added that about N360 billion of the revenue was largely from Spectrum, allocated by the National Frequency Management Council (NFMC), under the chairmanship of the minister, to the Nigerian Communications Commission (NCC) and National Broadcasting Commission (NBC) for commercial purposes.

He added that over N600 billion was paid by ICT companies to the account of the federal government through the Federal Inland Revenue Service (FIRS).

“Furthermore, over ninety four billion naira *N94,000,000,000) was generated for the federal government and approved by the national assembly in line with relevant laws, as part of the 2020 appropriation for personnel, capital projects, capacity building, interventions, etc.

“The IT Projects Clearance Programme also saved over Five Billion Naira (N5,478,007,325.23) for the federal government.”

Pantami noted that the statistics and figures discussed earlier were generated from the various reports submitted by the ministry and parastatals, as part of his supervision.

He commended the CEOs of all the parastatals under the ministry for their commitment and urged them to redouble their efforts in developing Nigeria’s digital economy.

Pantami also encouraged all the host communities and beneficiaries of the ministry’s projects and programmes to ensure that they take full advantage of the facilities and skills for the benefit of their communities and the nation.

The Digital Economy Centre and e-Learning Facility at the Federal Character Commission, Abuja; the Emergency Communications Centre at Leko Abdulrahman Hospital, Daura; the e-Accessibility Centre at the Alderstown Schools for the Deaf, Warri; and the Virtual Examination Centre, at the College of Education, Argungu, Kebbi State.