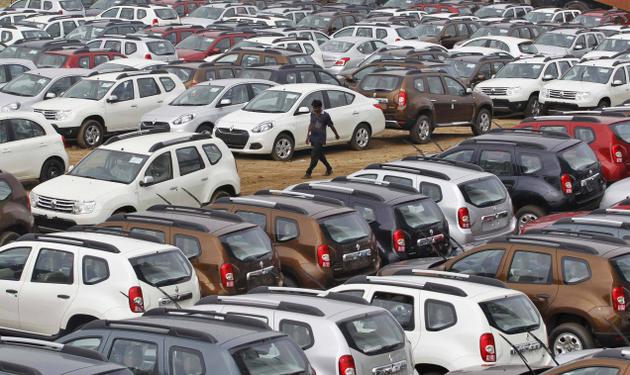 Clearing agents operating at the nation’s seaports have raised the alarm over high cost of clearing vehicles at the seaports, urging government to review the duty payable on imported used vehicles, also known as, ‘tokunbo’ from 15 percent to 5 percent.Speaking yesterday, the Acting President, Association of Nigerian Licensed Customs Agents (ANLCA), Kayode Farinto, said tokunbo vehicles especially overage are now being cleared for a minimum of N1million.Farinto also appealed to the federal government to review the duration of vehicles allowed for import into the country from 12 years to 15 years in view of the current economic situation of the country.According to him, older vehicles has become more expensive in Nigeria because vehicles above 12 years now pay about a million naira as Customs duty.He said, “Currently, a 2009 vehicle pays over N1million Customs duty under the VIN Valuation system because it will have to pay the 2011 model charge of the same vehicle. “VIN Valuation doesn’t have values for vehicle models older than 12 years and most 2008 and 2009 vehicles are largely used by Nigerian youths for Uber and other e-hailing services.

“The implication is that older vehicles will be more expensive in Nigeria. We want the government to review the 12-year policy on used vehicles to 15-years.”“There is also a need to review the levies on used vehicles. While we understand the government’s zeal to realize all possible earnings, it will be appropriate to reduce the levy on used vehicles from 15 percent to 5 percent in a bid to ameliorate the sufferings of Nigerians,” he stated Farinto also called on the Ministry of Finance to address the challenge of persistent breakdown in the operations of the National Vehicle Registry (VREG), at the seaports which averages 48 hours every week.The ANLCA acting president noted that the VREG delays hinders the Vehicle Identification Number (VIN) Valuation system for cargo evacuation, leaving freight forwarders and their importers to suffer demurrage and additional storage charges as a result of the delays.“VREG and its technical partners should be ready to pay for these delays because we have almost two days of system collapse every week.
“Sometimes, we have issues when the capturing of the VREG is done but it doesn’t reflect. Without completing the VREG, we can’t do the VIN valuation. So, the Federal Ministry of Finance and its contractor should be up and doing to address the challenge,” he said.He warned that if the system failures with VREG continues, ANLCA will be forced to collate the fiscal losses occasioned by the delays and institute a legal process to get compensation from the Finance Ministry and the technical partners responsible for VREG.Giving an appraisal of the VIN Valuation system, the veteran freight forwarder observed that the e-platform has survived the uncertainties and complexities witnessed in the first few weeks.According to Farinto, one of the biggest challenges with the system is in handling the non-standard chasis vehicles from Europe and Asia with VIN number unable to be captured by the Customs system.He noted that the Area Controllers at the various Customs commands have the discretion to direct valuation officers to provide values for this category of vehicles, hence, valuation for non-standard chasis vehicles is at variance.While commending freight agents for partnering with Customs in a bid to make the VIN system successful, he opined that some errant officers of Customs are frustrating the system, adding that he would compile the names of such officers in 72 hours.